Google's (NASDAQ:GOOGL) Android, which powers Samsung's flagship devices, has undoubtedly been a disruptive force in the smartphone and tablet market. Even free and open operating systems, however, have not been enough to dethrone Apple (NASDAQ:AAPL) from its grasp on the lion's share of profits in the smartphone and tablet market's Apple pioneered in the second Steve Jobs' era.

But what if Google was able to take this same low-cost and open approach for software and apply it to hardware? And what if this approach drove prices of formidable smartphones down to levels we never imagined? How would Apple hold up then?

A potentially disruptive moonshot
When Google announced on Jan. 29 that it was selling Motorola to Lenovo, Google didn't give up its smartphone hardware efforts entirely. The online search giant decided to keep Motorola's boldest and wildest project. The effort is called Project Ara. What is Project Ara? An undertaking to pioneer an open and modular smartphone with a target price of $50. According to Time, Google hopes to launch Project Ara's $50 smartphone in about a year.

Time's Harry McCracken cites a lead executive on the effort who gives us a 10,000-foot look at the project:

The question was basically, could we do for hardware what Android and other platforms have done for software?' says Paul Eremenko, the DARPA alumnus who leads the effort. 'Which means lower the barrier to entry to such a degree that you could have tens of thousands or hundreds of thousands of developers as opposed to just five or six big [manufacturers] that could participate in the hardware space.

Threat, or not?
A couple of years ago, Clay Christensen (author of Innovator's Dilemma and creator of modern disruption theory) expressed concerns about Apple: "The transition from proprietary architecture to open, modular architecture just happens over and over again." In the interview, Christensen followed that thought by citing Apple's history in the PC market as an example. Though the smartphone market has thus far unfolded in quite a different manner -- one that actually rewarded Apple for its proprietary approach -- Project Ara's role in the physical manifestation of Google's open approach in operating systems could take things to a whole new level. Modular hardware that inspires third-party innovation at the physical level could give Christensen's sound bite new traction. 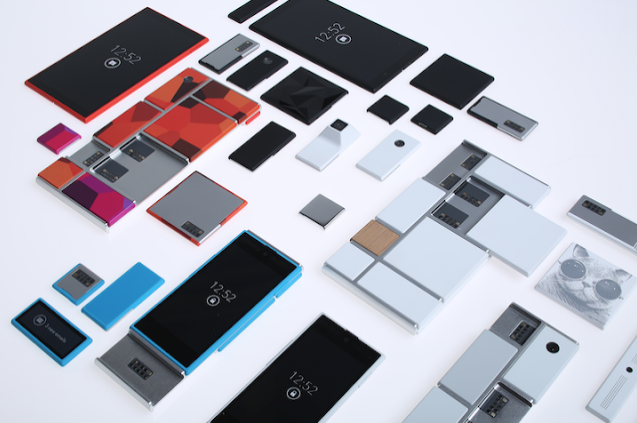 Predicting this early in the game that Google's moonshot efforts to open up hardware to third-party developers will meaningfully disrupt Apple's proven proprietary approach to high-end devices backed by a carefully planned and interdependent ecosystem of hardware, software, and services would be risky speculation. But the fundamental idea of Google's Project Ara is worth some consideration -- if an open and modular approach to mobile hardware took off successfully, there could be disruptive implications.

At this point, Google's Project Ara isn't enough to alter any investment thesis for companies in the smartphone space, but it's an effort investors should keep an eye on.