In late January, Amazon.com (NASDAQ:AMZN) CFO Tom Szkutak shocked analysts and investors by stating that Amazon was considering a $20-$40 increase in the Prime subscription price. This announcement kick-started speculation about the future of the Prime Instant Video streaming service.

Many Amazon customers and Wall Street analysts opined that rather than raising the price of Prime, Amazon should either drop Prime Instant Video or separate it from the main Prime service. Since Amazon offered a standalone streaming video service in the U.K. and Germany -- LOVEFiLM Instant -- it seemed plausible that Amazon could do the same in the United States. 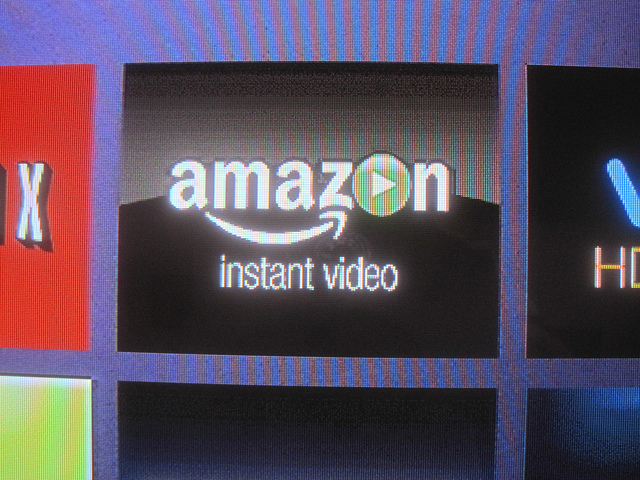 Some observers thought Amazon might separate streaming video from the rest of Prime.

Amazon has decisively quashed that possibility now. Last week, LOVEFiLM Instant went away in the U.K. and Germany. It was replaced by -- you guessed it! -- Prime Instant Video. At the same time, Amazon significantly increased the price of a Prime subscription. As a result, it looks like Prime Instant Video is here to stay in the U.S., too.

Rising costs of Amazon Prime
When Amazon CFO Szkutak announced on Amazon's January earnings call the potential Prime price increase, he attributed it to rising shipping costs associated with Prime. Szkutak noted that fuel prices had risen significantly since Prime was introduced back in 2005, while Prime members had increased their usage of the service over time.

However, many Wall Street analysts felt that the real driver of cost increases for Prime was Amazon's Netflix (NASDAQ:NFLX)-like "Prime Instant Video" service. In late 2012, Netflix CEO Reed Hastings estimated that Amazon was spending as much as $1 billion annually on streaming video content. Moreover, Amazon has significantly increased its content library since then.

As a result, Szkutak got significant push-back from analysts on the earnings call with respect to raising Prime prices. One analyst asked whether the cost of operating Prime Instant Video might be a significant contributing factor in Amazon's decision. Another asked whether Amazon could offer the video streaming service separately from Prime.

Prime subscribers who only use the shipping benefit want Amazon to dump Prime Instant Video.

Many Prime subscribers who don't use Prime Instant Video have expressed similar sentiments. Rather than paying more for Prime, they would prefer for Amazon to just drop the video offering. After all, there's no intuitive reason why fast shipping, streaming video, and e-book rentals should all be combined in a single subscription service, as they are today with Prime.

Not going to happen!
It was never likely that Amazon would separate the Prime delivery service from Prime Instant Video, and even less likely that Amazon would offer a cheaper standalone streaming video service. Prime Instant Video's purpose is to draw people into the Amazon ecosystem, increasing the likelihood that they will buy other things from Amazon. Separating it from the rest of the ecosystem would run counter to that goal.

Amazon's move to combine the LOVEFiLM streaming video service with the Prime shipping service in Europe further emphasizes its belief that tying everything into a single package is best for the company as a whole.

Combining those two services at a higher price has already ignited a wave of customer backlash that appears to be benefiting Netflix in the U.K. Presumably Amazon knew that raising prices was risky, but felt that the long-term advantages of having a unified subscription service outweighed the near-term risk. In the U.S., where inertia is already on the side of a unified Prime service, it's even less likely that Amazon will go in a different direction.

Foolish bottom line
Whatever Amazon says, it's clear that the addition of the Kindle Lending Library and especially Prime Instant Video to the overall Prime service are a big part of why the company needs to raise the Prime subscription price. Even with a $20 or $40 price increase, Prime would be a great deal for people who use all of the different services it combines. For those people who just want free fast shipping, the value proposition is less obvious.

Naturally, these "shipping-only" Prime subscribers want Amazon to dump the bells and whistles that are driving up costs, so that the Prime price can stay at $79/year. However, it's clear that Amazon is moving in the opposite direction: adding bells and whistles to Prime outside the United States.