The explosive success of Frozen shows that Disney is offering plenty of magic for investors. 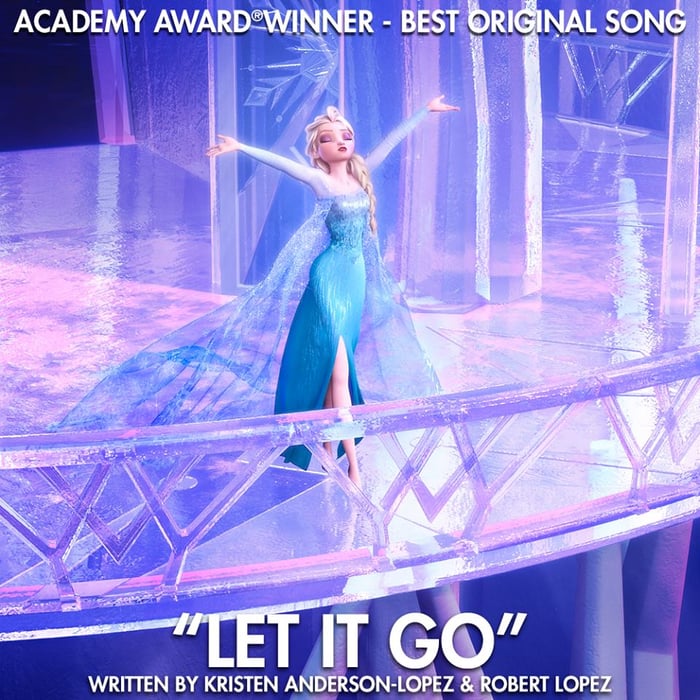 Disney's ( DIS -1.90% ) blockbuster movie Frozen won the Oscars on Sunday for best animated feature film and original song, which will only reinforce the movie's already explosive popularity. The entertainment giant's remarkable success in content creation sets the stage for multiple growth venues in the years ahead. This is excellent news for investors in the company.

The business is firing on all cylinders lately, delivering both higher-than-expected sales and earnings during the fourth quarter of 2013. Sales increased 9% to $12.31 billion during the quarter, and earnings adjusted by restructuring charges and other items came in at $1.04 per share, an annual increase of 32%.

This kind of performance is quite uncommon for a big and mature company such as Disney. Importantly, the studio entertainment segment was particularly strong during the quarter, with sales growing by 23% to $1.9 billion and operating income increasing a whopping 75% annually to $409 million. This is not only important in terms of financial contribution, but it also bodes well for the company when it comes to future growth opportunities.

The magic factory
Frozen marked the resurgence of Disney Animation Studios in a big way. The movie has reportedly surpassed $1 billion in global box office receipts, which makes Frozen the most successful nonsequel animated film ever, and one of only seven Disney movies to cross the billion-dollar mark. 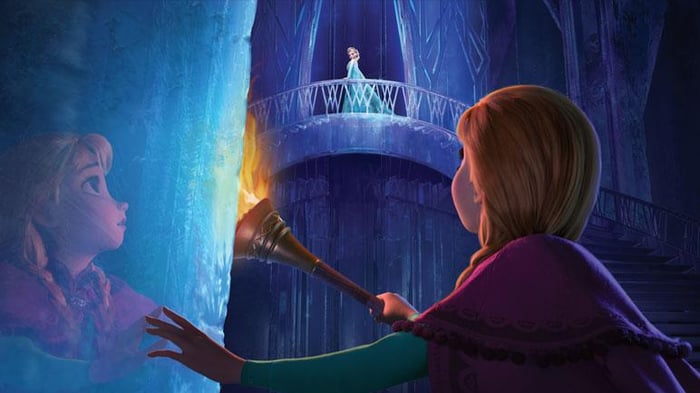 The acquisition of Pixar has proved a spectacular success for Disney over the last few years, not only due to the booming success of Pixar movies, but also because it seems to be rejuvenating Disney Animation with renewed talent, technology, and leadership.

The movie business is usually considered risky and volatile, as production costs are notoriously expensive and it is never easy to tell in advance which movies will be successful. However, Disney's unique franchises and human talent mean that the company is exceptionally well positioned to continue thriving in the years ahead.

In the words of CEO Bob Iger:

Of the world's top-20 highest grossing movies of all time, 19 are franchised drivers and almost half of those carried the Disney, Pixar, Marvel or Lucasfilm brand. With all the creative brands that are now part of our company as well as the thousands of characters and phenomenal storytelling behind them, we believe we are uniquely positioned to maximize the ever-expanding global movie market.

Mickey Mouse joins the online revolution
Online streaming is clearly disrupting the home video business, but Disney is doing the smart thing by embracing technological change and partnering with leading industry players such as Netflix ( NFLX -3.76% ) and Apple ( AAPL -0.32% ).

In November 2013, Disney and Netflix announced a deal to bring several original live-action series based on Marvel comics characters exclusively to Netflix beginning in 2015. The series will be focused on Marvel heroes Daredevil, Jessica Jones, Iron Fist, and Luke Cage, in that order. Netflix has committed to a minimum of four 13-episode streaming series culminating with a miniseries featuring all the characters together as The Defenders.

These kinds of agreements can be mutually beneficial. In this case, Disney can create more valuable content distributed via multiple channels and Netflix gains access to exclusive content from highly recognized producers Disney and Marvel.

Last week, Disney and Apple also announced an alliance to create a new online movie service called Disney Movies Anywhere. The service will be available via an app and as a Web experience, allowing users to buy, manage, and watch more than 400 movies from Disney, Pixar, and Marvel via Apple's popular iTunes platform.

This is another example of the win-win dynamics Disney is enjoying with partners in online streaming. The iTunes, software, and services segment generated almost $4.4 billion in revenue for Apple during the quarter ended in December, a big increase of 29% annually, so Disney is partnering with an industry giant with a big and growing user base. This is also a no-brainer for Apple, considering that the new service allows the company to continue strengthening its ecosystem and consolidating its competitive position.

Foolish takeaway
The success of Frozen confirms that Disney's magic is still intact, and the company remains an extraordinary player in the movies and entertainment industry. Disney's exceptional brand power, unique franchises, and top-notch human talent mean that the company is uniquely positioned to continue creating widely successful content and benefit from it via multiple platforms over time. The fun is barely getting started for investors in Disney.