Daniel James
(DUJames)
Author Bio
I'm primarily a value and fixed-income investor with a background in cultural anthropology. As a writer for the Fool, I focus mainly on the consumer goods sector, also dabbling in technology occaisionally. When not pouring over the world's stock markets, I like to read, travel and make music.

Not long ago, analysts were surprised at some of the figures coming out of the online travel-booking industry, such as Expedia (NASDAQ:EXPE) reporting a solid beat with some impressive growth figures. Orbitz Worldwide (NYSE: OWW) did the same. Indeed, it seems as if consumers have more money to spend on discretionary categories such as travel and leisure.

Now, priceline.com (NASDAQ:BKNG) has followed up this strong report with an impressive beat of its own, continuing to fuel a rally that has seen the stock rise more than 90% over the last 12 months. What were the key takeaways from the report? 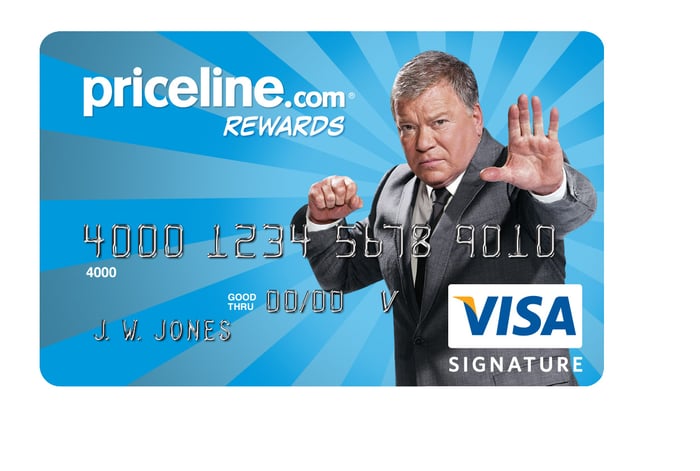 Behind these figures is a healthy increase in bookings of nearly 40%, driven by strength in the company's hotel booking, airline ticket, and car-rental businesses. According to management, the US market did particularly well, as marketing for the company's Booking.com brand seems to be paying off. According to analysts, Priceline seems to be pinching market share from its rivals across all of its operating regions.

However, the report wasn't all good, which perhaps explains the stock's modest rise following the otherwise upbeat news. It was the guidance that disappointed, coming in a little softer than investors had hoped. First-quarter earnings per share are expected to be in the range of $6.35 to $6.85, which is well under the $7.21 consensus estimate. Revenue also came in under the consensus, expected to rise between 15% and 25% versus a 27% estimate.

Online travel boom?
While calling the industry's performance a 'boom' may be a bit of a stretch, reported numbers from rivals have also been formidable. Expedia came out with a report of its own earlier this month that similarly blew away expectations, sending shares up nearly 19% on the day. Adjusted earnings were up a massive 52% year over year. Revenue was up some 18.2%, with the company's bread-and-butter leisure customer segment up 18.7% and gross bookings up 21% year over year.

Meanwhile, Orbitz was no slouch either, its most recent earnings report sending the stock on a meteoric 30% rise. Net income reached $5.3 million, up from a titanic loss of $314.6 million a year ago. Revenue rose some 4%. Both earnings and revenue quite easily beat expectations. Hotel bookings were by far the biggest contributor to the company's top line for the quarter, bringing in some $69.7 million.

Valuations and metrics
So, of these companies, which is the cheapest at the moment? As with many online companies, especially those that have big earnings shifts, this is a tough call. Forward P/E paints more or less a uniform picture, all three companies hovering between 17 and 20 times forward earnings.

Trailing P/E offers a different view; Orbitz by far is the cheapest at a suspiciously low 6 times trailing earnings. This figure may be distorted by the company's recent earnings performance though. Expedia and Priceline trade at about 47 and 36 times trailing earnings, respectively. Looking at some other metrics such as price-to-book and price-to-sales, Priceline is clearly the most expensive at 9.9 and 10.1, respectively.

The bottom line
There is little doubt left that the online travel industry is in excellent shape. Many companies operating in the area are consistently delivering double-digit earnings and revenue growth, with this performance expected to continue in most cases. Priceline's most recent report drove this thesis home. However, aside from boosting the industry, this performance has a lot to say about the state of consumer-discretionary spending, which seems to be doing well in its own right.