Starbucks, McDonald's, and Yum! Brands are deploying their troops to fight in the breakfast trenches. Which one will win the competition for the most important meal of the day?

Breakfast is becoming an increasingly important battlefield in the fast-food war, involving industry giants such as Starbucks ( SBUX -0.98% ), McDonald's ( MCD -2.28% ), and Yum! Brands ( YUM -1.92% ). Which one will win the competition for the most important meal of the day?

Starbucks is much more than coffee
Starbucks announced on Tuesday the launch of four new breakfast sandwiches: ham and Swiss on a croissant; spinach, sun dried tomatoes, and cheese on ciabatta; egg and cheddar on toast; and a reduced-calorie egg white, bacon, and cheese on English muffin. 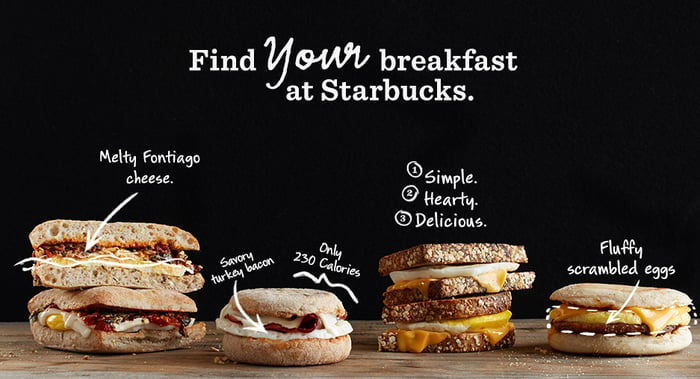 The company has a big advantage in the competition for breakfast because of the popularity of its coffee products, and the Starbucks brand is a big differentiating factor when competing versus companies such as McDonald's or Yum! Brands' Taco Bell.

Even if coffee and other drinks traditionally carry higher gross margins than food products, adding more food offerings to the company´s menu has been a powerful growth driver for Starbucks in terms of increasing comparable store sales lately.

Food continues to be a disproportionate driver to our comp and product launches helping to propel those results. There have been very significant successes thus far, including for some sales that have doubled versus our prior offering.

Starbucks is naturally positioned to compete in the high end segment of the pricing spectrum, offering high-quality products by leveraging the acquisition of La Boulange and capitalizing the value of its brand and differentiated customer experience.

McDonald's plays defense
McDonald's is going through a really negative period lately, especially when it comes to sales in the centrally important U.S. market: Comparable sales in the country declined by a worrisome 3.3% during January.

Harsh weather conditions were probably partially responsible for such a dismal performance, but sales figures have been quite week over the past several quarters, so the company´s problems go well beyond unfriendly weather.

The company owns a leading market position in breakfast thanks to the popularity of its Egg McMuffin and other competitively priced products. In addition, McDonald's is strengthening its breakfast menu by broadening its McCafe stores with a reinvigorated coffee and food menu.

McDonald's is also analyzing the possibility of extending its breakfast hours to beyond 10:30, which is something many customers are reportedly requesting, particularly when it comes to weekends.

The move would mean considerable logistical and operational challenges for the company, though. Offering lunch and breakfast at the same time could be problematic because of limited kitchen space, and service quality is already under pressure at McDonald's, so management needs to give careful consideration to this idea and its implications on areas such as service speed and quality.

Yum! Brands wants you to have a spicy breakfast
Yum! Brads' Taco Bell has been experimenting with breakfast products in select locations since 2012, and the company has recently announced that it will go national with its breakfast products on March 27.

The company is targeting millennials by offering competitive prices and portable products that can be held in one hand. Products will include a waffle taco, a breakfast burrito, and cinnamon pastries, among other food products that Taco Bell will complement with coffee and juice. The company will offer breakfast until 11:00, half an hour later than McDonald's.

If extending breakfast hours could be challenging for McDonald's, Yum! Brands will not have it much easier when rolling out a breakfast menu to nearly 5,500 Taco Bell locations. However, if the company has decided to finally go across the country with breakfast, that´s probably an indication of strong demand and promising growth prospects, at least as evaluated by management.

Like McDonald's, Taco Bell is traditionally focused on low prices, so the company will most likely be aggressive in its pricing strategy when it comes to breakfast, too. Taco Bell's decision to enter breakfast is probably a more direct competitive threat for McDonald's, and not so much for Starbucks, which competes in the premium segment.

Bottom line
McDonald's and Yum! Brands have always been active competitors, and breakfast seems to be the next battle between the fast-food giants. As for Starbucks, the company's track record in product innovation, combined with brand differentiation and leadership in quality coffee, means that Starbucks is particularly well positioned to continue gaining participation in the segment.