"If your hate could be turned into electricity, it would light up the whole world." -- Nikola Tesla

Tesla Motors (NASDAQ:TSLA) was one of the best-performing stocks on the public market in 2013. In fact, shares of Tesla have surged more than 616% in the past year alone, and the stock is back in the fast lane so far in 2014. Still, shareholders aren't the only ones enjoying the ride these days. Tesla Model S owners around the world have also created a cult following for the electric-vehicle maker's cars. That's quite remarkable for a company that primarily relies on word-of-mouth marketing. 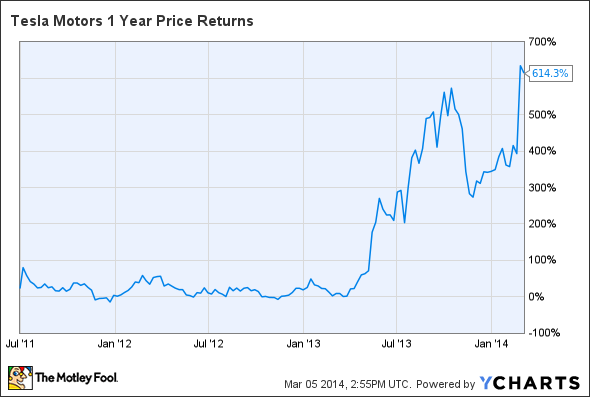 In a post on Tesla's blog titled "Finally Something to Hate About the Model S!," a Tesla customer says that after having his performance Model S for six months he finally found something to hate about it. He writes, "Owning the Model S has made me dislike my Ferrari and every other car I once loved. I paid nearly $250,000 for the Ferrari and now I don't really want to drive it." He isn't alone. Thousands of other Tesla customers have shared similar stories since the car's debut in June 2012.

It's not surprising, then, that Tesla's Model S sedan recently received the highest customer satisfaction score of any car ever surveyed by Consumer Reports. In its annual auto issue, Consumer Reports gave Tesla a score of 99 out of 100. This California-based company is not your typical automaker, nor is it your average auto stock. However, all of Tesla's success to date has done little to quell the short interest in the stock.

As it stands, Tesla's stock has a short float north of 33%. This means that short sellers, or investors betting against the stock, have sold short about 28.92 million shares or more than 33% of Tesla's total stock today. This is a huge short interest for an automaker. For comparison, shares of General Motors (NYSE:GM) currently have a short float of just 2.21%. Sure, investors are short roughly 24.73 million shares of General Motors today. However, GM has a whopping 1.39 billion shares outstanding, compared to Tesla with just 122.80 million total shares today.

This is because investors love to hate Tesla, even despite the company's wild success thus far.

Production takes a backseat to valuation

Throwing GM into the mix offers a segue into one of the top things investors hate about Tesla Motors: its current production rate relative to its value in the stock market. Tesla delivered a record 6,892 Model S sedans in the fourth quarter, bringing its full-year production rate to 22,477 cars in fiscal 2013. However, that doesn't hold a flame to General Motors' output of 9.71 million vehicles last year. In spite of that, Tesla commands a market cap of $31.4 billion, which is more than half of GM's $60 billion market cap today.

The price of performance
One of the next most hated things about Tesla is the hefty price of owning one of its performance electric cars. With Tesla's Model S starting at a price point of about $70,000, most drivers can't afford to get behind the wheel. However, this hasn't slowed down demand for the company's ride. In fact, customer deposits, or reservations as they used to be called, were up 16% in Tesla's fourth quarter.

Moreover, investors should see demand continue to grow in the quarters to come, as Tesla expands distribution to new markets overseas, such as China. Tesla chief executive Elon Musk has already publicly said that the company will not charge Chinese customers a premium for its cars, unlike the traditional automakers that sell in China.

Lack of EV infrastructure
A lack of electric-vehicle infrastructure in the United States is another major sticking point for Tesla. The company's critics love to argue that driving long distances is virtually impossible in an electric car because of the lack of charging stations. This argument is understandable if you consider the inferior battery technology of rival EVs such as the Ford Focus Electric, for example, which gets just 76 miles of range and costs $39,200. 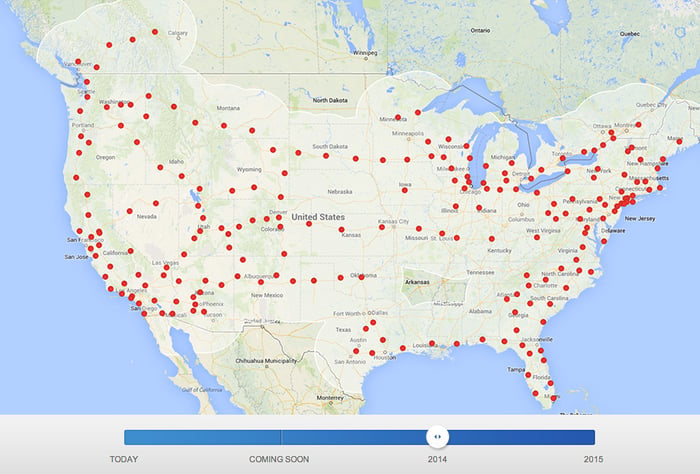 While gas stations still far outnumber EV-charging stations and will for some time, Tesla is making meaningful inroads in increasing the world's electric infrastructure. Furthermore, Tesla plans to have its Superchargers cover 80% of the U.S. population and parts of Canada by the end of this year.

The lack of EV infrastructure, current production levels, and the price of its cars remain the cornerstones of the bear case against Tesla today. Nevertheless, Tesla's critics should remember that the company is still in the early stages of its growth story, despite the stock's quick rise over the past year.