"The best things in life are free. The second best things are very, very expensive," the queen of elegance Coco Chanel once stated. And she was right. In the world of "true" luxury, the relentless effort to create something that's in a class by itself was always rewarded with a sky-high price, which only an exclusive group could afford.

During the last half decade, however, an emerging "luxury for less" or "affordable luxury" industry thrives on emulating what once was considered exclusive and making it accessible to the masses. But, "true" luxury was never meant to be accessible. And this massification is causing an identity crisis, one that could have severe implications for high-end luxury brands down the line. 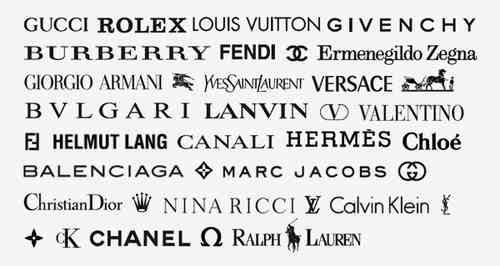 2013 was a rather mediocre year for some of the biggest luxury houses. For instance, from 2010 to 2012, Louis Vuitton (OTC:LVMUY) experienced double-digit organic revenue growth rates, recovering quickly from the 2009 downturn. During 2013, though, the luxury behemoth's growth rate saw a moderate, yet worrisome decline to 8%.

Owner of high-end brands such as Bottega Veneta and Yves Saint Laurent, Kering remained mired in stagnation for all of 2013 with consolidating revenue from continuous operations posting a 0.1% reported change over 2012. Kering's largest luxury house, Gucci, recorded the weakest fourth-quarter sales in the last four years while its revenue sunk 2.1% in 2013.

Some of the factors that underlie this rather disappointing performance include a challenging European economic climate, shifting consumer behavior in emerging markets, especially China, as well as the country's new anti-corruption campaign that bans lavish gifts. Even so, these headwinds could have been counterbalanced by increasing demand coming from the ever-growing population of global Ultra High Net Worth families, the luxury industry's niche clientele. This group's combined wealth edged up over $1.5 trillion in 2013, reaching nearly $28 trillion, according to the UBS/Wealth-X 2013 World Ultra Wealth Report released last September.

Where did all this money go? Apparently not to Gucci handbags.

The redefined borders of luxury

Based on the report's key findings, 65% of the world's ultra wealthy families are first-generation upstarts while around 80% of them are "self-made," meaning that they may not fit with the aspirational consumer profile many luxury houses target. These people gained upper-class status not by keeping tabs on the latest fashion trends, but rather by setting sights on growing their businesses. They may not be as savvy about luxury brands as the those companies would like them to be.

At the same time, an unfolding "democratic fashion" movement tolerated and, in some cases, enhanced by luxury brands themselves is indeed disrupting the luxury industry. This "democratic fashion" movement, which enables "affordable luxury" brands to take products once reserved for the rich and transform them into lower-priced alternatives, has never been more relevant. Yet, its influence often goes unnoticed.

It's slowly but surely fueling more price-conscious consumer behavior, notably among Chinese consumers. Given the fact that over the next five years Asia is projected to generate more UHNW individuals and wealth compared to the United States and Europe, luxury brands could be missing out on a unique opportunity to resonate with the "new rich."

It all started the moment the likes of Karl Lagerfeld, Stella McCartney, and Jimmy Choo begun courting popular, high-street retailers such as H&M.

When a high-street retailer with a nightmarish store environment teams up with a high-end, well-regarded designer and promotes the product as an insanely cheap, but still luxury good, what does that say about the luxury industry as a whole? It sacrificed service and quality for the altar of profit and shifted from being the essence of an aspirational lifestyle to nothing more than a facade.

Where has that led us?

65% of international high-end retailers analyzed by design consultants Knight Frank and Woods Bagot, including Prada, Hermes, Gucci, and Burberry (LSE:BRBY), failed to reach their target number of store openings in China, the home country of the world's top consumers of luxury goods. On the other hand, lower-priced, fast-fashion retailers like Zara and H&M beat their expansion plans.

Not to mention Coach (NYSE:TPR) is taking China by storm, capitalizing on the current "luxury for less" norm. It's giving Louis Vuitton a run for its money by selling $400 handbags, as Bloomberg reported.

To end with another one of Coco Chanel's inspirational quotes, "in order to be irreplaceable one must always be different."

You can't be a brand that sells to everyone. Trying to reach the thirsty masses while risking your brand integrity will not get you far. The "true" luxury industry needs to steer clear of everything "accessible" simply because, by definition, luxury was meant to be exclusive.

It needs to focus on making sure that the ultra-rich families don't lose sight of it. And the only way to achieve that is by letting them know about the story behind the product and luring them with a one-of-a-kind, personalized shopping experience.