Having a wealthy clientele can do wonders for a company in terms of profitability and shareholder returns. Apple (NASDAQ:AAPL), Michael Kors (NYSE:CPRI), and Tiffany (NYSE:TIF) are selling high-margin products to customers with big wallets, and they are also making their investors richer in the process. 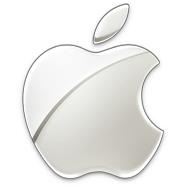 Apple is cheap and profitable
Samsung and other Android manufacturers are gaining market share on a global basis with their lower-cost smartphones and tablets. But Apple is still the undisputed leader on the high end of the pricing spectrum; the company owns the most valuable brand in the world according to Interbrand, and this means superior profitability for the Cupertino giant.

Apple has operating margins above 30% of sales, notoriously higher than the 17% operating margin reported by Samsung during 2013. The company is also a cash-generating machine: Apple produced almost $22.7 billion in operating cash flow during the last quarter of 2013, and management is putting that money to good use with an accelerated share-buyback program.

Growth has slowed down lately, but CEO Tim Cook has repeatedly promised that the company will enter new product categories in 2014. Successful product innovation could do wonders for Apple by dissipating doubts about the company's ability to innovate without Steve Jobs.

Besides, the stock is dirt cheap, trading at a P/E ratio of only 13.2 versus an average P/E ratio of 17.9 for the companies in the S&P 500 index, according to data from Morningstar. Especially if the company can accelerate growth in the coming quarters, Apple offers plenty of upside potential from current levels.

Michael Kors is dressed for success
Michael Kors is clearly one of the most successful growth stories in the fashion industry over the last several years. All kinds of famous personalities including movie stars walking the red carpet have been portrayed in the media wearing the company's products, which is probably the best kind of advertising an aspirational brand like Michael Kors can hope for.

The business is truly firing on all cylinders: Michael Kors reported a whopping increase of 59% in sales during the last quarter of 2013 to more than $1 billion. Performance was strong across the board: Retail sales increased by 51.3% on the back of 98 new stores and a remarkable growth rate of 27.8% in comparable-store sales. Wholesale revenue increased by 68.2% during the quarter and licensing fees jumped by 59%.

Profit margins are sky-high and defying gravity by rising even further: The company generated a gross profit margin of 61.2% during the last quarter of 2013 versus 60.2% in the same period in the prior year. Operating margin also jumped to 33.9% of revenue versus 32.2% in the fourth quarter of 2012.

Michael Kors is rapidly expanding its store base and it still has plenty of room for growth, both in the U.S and in international markets. Same-store sales are showing no sign of cannibalization as new openings are not hurting sales at existing stores, so the company has the potential to continue delivering substantial growth for investors over years to come.

Tiffany is shining globally
Tiffany is arguably the most recognized brand in high-end jewelry. The company has built a rock-solid competitive position on the back of a unique brand power, exclusive designs, and high-quality retail locations. This exclusivity commands higher prices for Tiffany's products versus those of the competition, and it also generates superior profitability for investors in the company.

Not only that, but demand has been particularly strong in Asia lately, a market in which Tiffany has plenty of room for expansion. Total sales in the Asia-Pacific region increased by an outstanding 18% on a constant exchange rate basis during the 11-month period ended on Dec. 31, while comparable-store sales grew 11% in the region over that period.

In addition, Tiffany is translating its golden opportunities into precious dividend growth for investors. The company has increased its dividends 12 times over the last 11 years; this includes a 6% increase announced in May 2013.

The dividend yield is still quite modest in the area of 1.5%, but the payout ratio is remarkably low at 37% of earnings, so investors have valid reasons to expect sustained dividend growth from the company for years to come.

Bottom line
Companies with differentiated products and an affluent client base have superior possibilities to generate above-average profitability for their shareholders. Apple, Michael Kors, and Tiffany are making big profits by providing the right products to clients with deep pockets, and in the process they are creating wealth for investors, too.