It's looking like a battle of the tentpoles at the box office this weekend as Warner Brothers and Fox are set to unleash two of their biggest 2014 releases. However a trio of holdovers will make things interesting as the industry preps for the start of what could be a very profitable month. Here's a look at the three companies with the most on the line this week.

Warner Brothers owned the box office in February thanks to The Lego Movie, much the same way Universal did in January due in large part to Ride Along. Now a week after losing the top slot back to Universal, Warner Brothers is unleashing an army to retake the crown.

In addition to having Lego continuing to earn a nice profit, the studio is releasing 300: Rise of an Empire, the sequel to the 2007 megahit 300. The original was a surprise hit with over $200 million at the box office and helped cement Zack Snyder as an in-demand filmmaker. But the movie had an ending that was fully self-contained and didn't lend itself to a sequel. The lesson: never discount Hollywood's resourcefulness and innovation when it comes to milking a property.

So will it work? Warner Brothers reportedly gave the film a $40 million increase in budget (taking it over $100 million), despite not having the benefit of a top-tier name like Clive Owen or the same director (though Snyder did sign on as a producer). Still this is a 3D action film, which means in addition to theater upcharges, it has an action premise that sells itself to audiences.

Most estimates peg the movie's opening weekend in the $30 million to $40 million range, which would top the $28 million the original earned in its debut (which was during this same time period). The studio would like to continue its strong financial start at the box office and this plays into it in a big way. 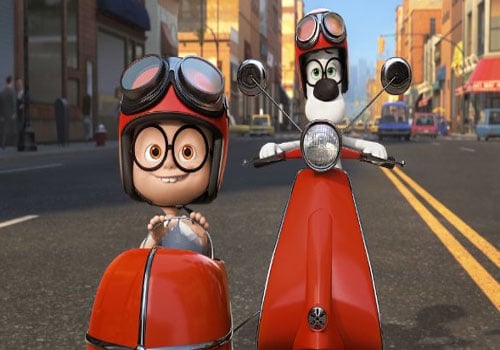 The other studio with a new release is Fox, which is coming off a fantastic weekend in which its faith-based film Son of God placed a strong second. The movie should again take in double-digit earnings this weekend as positive word-of-mouth will continue among the religious community. But Fox's money driver will likely be Mr. Peabody & Sherman. The release will be distributed under the studio's agreement with DreamWorks Animation (NASDAQ:DWA) and will be the first kid flick to come out since Lego Movie.

With a voice cast top-lined by Modern Family star Ty Burrell, the animated movie is based on the popular cartoon that ran as part of the world of Rocky & Bullwinkle. With a huge budget estimated at well over $125 million, Fox/DreamWorks are looking for a big win. Early buzz has the film taking in over $30 million and pacing ahead of last year's Cloudy With a Chance of Meatballs sequel, which means it could see an opening weekend around as high as $40 million. Peabody has already been playing overseas where in a month it's racked up over $40 million worldwide.

The low-budget Devil's Due aside, Fox is just now beginning to release the first of its 2014 slate and these table-setters could serve as a big boost to the studio, which has a powerful roster of films staggered throughout the rest of the year.

Universal (a subsidiary of Comcast (NASDAQ:CMCSA))

Lastly, reigning champ Non-Stop gave Universal its third solid hit in two months (joining Lone Survivor and Ride Along) and this week it should climb over the $50 million mark. Liam Neeson is one of the most bankable stars in the industry and this latest win should be very encouraging to the studio, which has two more films with the actor slated for 2014. Neeson is proving to be great for business and isn't someone anybody should be betting against, especially with Fox slotting Taken 3 for next year.

With this week's releases and films like Need for Speed, Divergent, and Noah all on the horizon, March could prove to be a big money month for Hollywood.