Please ensure Javascript is enabled for purposes of website accessibility
Free Article Join Over 1 Million Premium Members And Get More In-Depth Stock Guidance and Research
By Leo Sun - Mar 7, 2014 at 11:21AM

"Sin City: A Dame to Kill" For will hit theaters this summer. Will it be worth the wait after long nine years?

Sin City: A Dame to Kill For, the sequel to Sin City, the black and white neo-noir film based on Frank Miller's acclaimed comic book series, will finally hit theaters on Aug. 22. It's nearly been nine years since the original grossed $159 million on a production budget of $40 million.

Despite the popularity of the first film, which was co-directed by Frank Miller, Robert Rodriguez, and Quentin Tarantino (credited as a "guest director"), the project has been delayed over the years due to various production issues with The Weinstein Company.

Miller, however, has declared his intentions to make five films with Rodriguez to reflect the universe that he created as both writer and artist. Sin City, which chronicles the gritty lives of the residents of Basin City, spans over a dozen serialized tales that have since been collected in seven trade paperbacks from Dark Horse Comics -- The Hard Goodbye, A Dame to Kill For, The Big Fat Kill, That Yellow Bastard, Family Values, Booze, Broads & Bullets, and Hell and Back.

What will the new Sin City be about?
The first film's three distinct storylines were based on The Hard Goodbye, The Big Fat Kill, and That Yellow Bastard. The new film will be a prequel, and will bring back Bruce Willis as Detective Hartigan, Mickey Rourke as Marv, Jessica Alba as Nancy, Jaime King as Goldie/Wendy, and Rosario Dawson as Gail.

The core storyline will be based on A Dame to Kill For, which centers around Dwight (Josh Brolin), Marv (Rourke), and the titular femme fatale, Ava Lord (Green). Brolin plays an earlier version of Dwight, who was played by Clive Owen in the first film. The recasting of Dwight was intentional, since the character goes under the knife to get a new face between the events depicted in A Dame to Kill For and The Big Fat Kill. 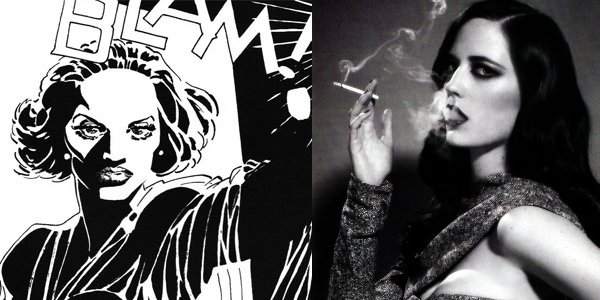 Eva Green will play the "dame to kill for," Ava Lord. (Source: Fanshare.com)

Miller has also beefed up the storyline to give Jessica Alba and Bruce Willis more screentime. Miller stated in an AskMen interview that the prequel will "show you a whole new side of Nancy that will break your heart." The new film has been shot in 3D, making it one of the few black and white 3D films ever made.

What could go wrong?
To gauge Sin City's chances at critical and commercial success, we should take a look at Frank Miller's track record in comics and films.

Miller is a polarizing figure in the comic book industry -- he has been praised for his brilliant work in Daredevil, The Dark Knight Returns, 300, and Sin City, but he has also been harshly criticized for his later work, such as The Dark Knight Strikes Again and All Star Batman and the Boy Wonder. There's a consensus that although Miller is a talented writer and artist, his work can be jarringly inconsistent.

Miller also doesn't have the best track record in films. He wrote the screenplays for Robocop 2 (1990) and Robocop 3 (1992), which completely derailed the franchise carefully crafted by screenwriters Edward Neumeier, Michael Miner, and director Paul Verhoeven.

After the surprising success of Sin City, Miller wrote and directed Lionsgate's ( LGF-A -0.68% ) The Spirit (2008). Although the partially black and white neo-noir film superficially resembled Sin City, it missed the mark with critics and audiences alike, earning a 14% rating on Rotten Tomatoes and only grossing $39 million on a production budget of $60 million. By comparison, Sin City earned a more respectable Rotten Tomatoes rating of 78%.

The Spirit looked like Sin City, but lacked its soul. (Source: Cinemasquid.com)

The reason is simple -- Miller, like many great artists, needs creative partners like Robert Rodriguez to distill his vision for the big screen. That's precisely what director and co-screenwriter Zack Snyder did with 300 -- he turned Miller's comic book into a film without his direct creative input. As a result, the first film grossed $465 million on a production budget of $65 million. The second film, 300: Rise of an Empire, could replicate that success when it hits theaters on March 7.

What could go right?
Despite Miller's inconsistent record in comics and films, co-directing the Sin City prequel with Robert Rodriguez is a great idea. Readers familiar with Miller's comics know that he often takes the grittiness of his world far too seriously, to the point that it often alienates the reader. 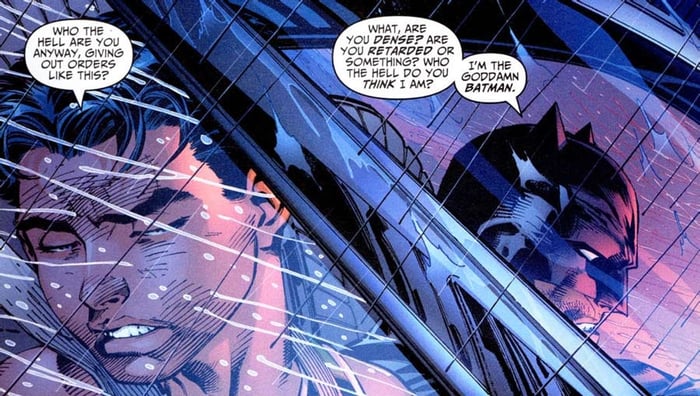 Rodriguez, on the other hand, knows how to have fun as the bullets and guts are flying, as he has gleefully demonstrated in films like Desperado, From Dusk Till Dawn, Planet Terror (part of the Grindhouse anthology), and Machete. Yet Rodriguez often leaps off the deep end as well -- who can forget the infamous scene in Machete where Danny Trejo casually uses a man's intestines as a rope to jump out a window?

Since Miller and Rodriguez cancel out each others' flaws, and they now have additional help from co-screenwriter William Monahan (The Departed), the new Sin City should come out every bit as polished as the original.

My final take
I'm personally looking forward to Sin City: A Dame to Kill For, which should be a breath of fresh air amid the big summer blockbusters this year, which will include Transformers 4: Age of Extinction, X-Men: Days of Future Past, Guardians of the Galaxy, The Amazing Spider-Man 2, and Teenage Mutant Ninja Turtles.

What do you think, fellow comic and film fans? Are you eager to see Miller and Rodriguez finally bring the next chapter of the Sin City franchise to the big screen? Let me know in the comments section below!