Which city is the most expensive city to rent an entry level apartment in the United States? If you guessed New York City or San Francisco, you would be incorrect.

The most expensive city to rent an entry level apartment in United States is actually Williston, North Dakota. According to a study done by Apartment Guide, the city had an average monthly cost of $2,394 to rent a one bedroom, 700 square foot home, or $500 more than second place San Jose.

Williston rent is very expensive because the good times are still flowing in Bakken. Oil production in the basin just keeps on increasing. 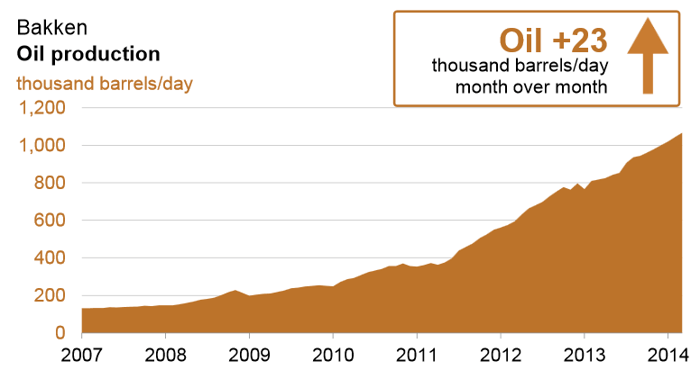 The three companies have seen their profits and stock prices rise dramatically. Can the good times last?

Big opportunity
The Bakken is primarily a shale play. Shale oil wells run out fast, though -- many shale wells see a 70% production decline in the first year. This is in stark contrast to traditional oil fields, which typically deplete between 6% to 10% a year. Even though production rates are increasing dramatically, they may fall off just as quickly sometime down the road.

There are some signs that a production reversal may not happen anytime soon, however. For one thing, the absolute size of the opportunity just keeps on getting bigger. Last year, the U.S. Geological Survey increased its estimate of total Bakken oil from 570 billion barrels to 900 billion barrels. 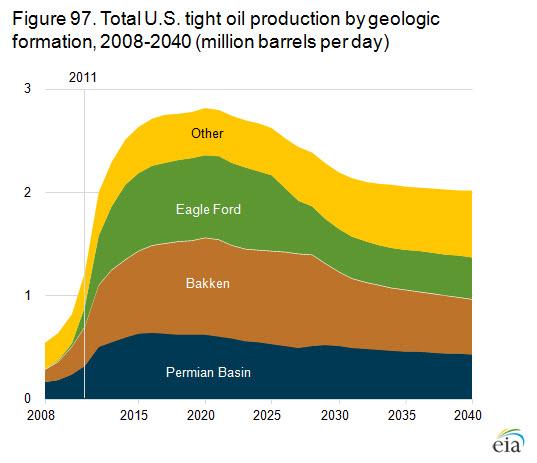 Ten years ago, very few people thought the Bakken had any potential at all. Geologists knew shale had a lot of oil, but the technology just wasn't there. Now, because of the advances in horizontal drilling and fracking, the Bakken is a modern day black gold rush. Oil production in the Bakken has increased more than 10-fold since 2004.

There is no reason to think that technology will not unlock more of that opportunity as time goes on.

The bottom line
So far, the good times don't seem like they're ending anytime soon. If anything, oil producers in the Bakken suffer from a glut of oil and gas. 27% of Bakken natural gas is flared because it is uneconomical to market it. 75% of Bakken oil travels by rail rather than more efficient and cheaper pipelines. Because of the glut caused by inadequate infrastructure, Bakken oil trades at a lower price than WTI, the U.S. benchmark for oil.

One day, oil wells in the Bakken will run dry. Bakken oil companies such as Continental Resources will probably have diversified to other shale plays before that time. Until Bakken production wanes, however, the good times look to continue and landowners in Williston, North Dakota will continue to look forward to their monthly rent checks.