Carbon dioxide and global warming are big buzzwords today, and they're enough to drive a utility CEO to distraction. However, that doesn't mean that companies aren't doing the right things. Xcel Energy (NASDAQ:XEL), Great Plains Energy (NYSE:GXP), NextEra Energy (NYSE:NEE), and Northeast Utilities System (NYSE:ES), for example, are all worth an environmentalist's review.

Wind in their sails
Xcel Energy has regulated utility operations in eight Midwestern and Western states. It serves 3.4 million electricity customers and 1.9 million gas customers. On the environmental front, it has a goal of reducing its carbon dioxide emissions by 30% between 2005 and 2020. That's on top of notable reductions in other pollutants like nitrogen oxide, sulfur dioxide, and mercury. A big part of this plan is fueled by wind generation. 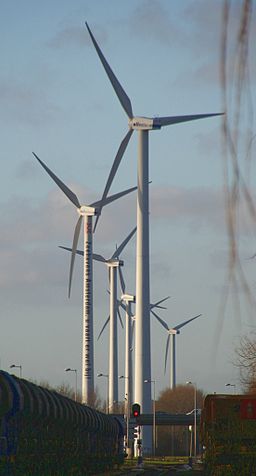 That's the same region that Great Plains Energy is in, but it's at a different stage of development. Smaller than Xcel, Great Plains serves around 830,000 customers in Missouri and Kansas. As of 2012, coal represented over 80% of the company's energy output. Wind power supplied just 1%. Although it's been working on installing scrubbers to reduce emissions from its coal plants, it also plans to increase the amount of renewable power in its portfolio.

The company intends to increase the amount of wind and hydro power it uses to around 10% of its overall output. That should happen between now and 2022, when regional requirements require such shifts. That said, any money Great Plains invests in renewable assets is likely to receive a favorable regulatory review.

A sunny state
NextEra Energy is the holding company for Florida Power & Light, which counts 4.6 million Floridian's as customers and counting, since Florida's population has been ticking higher. That's all well and good, but NextEra also earns a gold star from an environmental standpoint. The company claims to have, "...one of the cleanest emissions profiles among the nation's top 50 power producers." 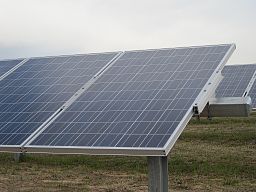 Part of that has to do with the fact that natural gas makes up about 60% of its power, with nuclear adding another 20%. However, wind, hydro, and solar lend a hand, combining to contribute around 17%. Wind is the renewable power source of choice at NextEra. It has over 10,000 megawatts of wind power, "...enough to power a city the size of Chicago..." Although solar is just a small part of the mix today, being in the Sunshine State has its benefits: NextEra has, "...a total of nearly 1,100 MW of U.S. contracted solar projects..." planned. It clearly isn't done "cleaning up" its pollution profile.

Canadian waters
Another company to watch is Northeast Utilities, which serves 3.6 million electric and natural gas customers in three New England states. The company notes that, "The region's renewable and carbon mandates are not achievable under the current market framework." That's why it's building transmission lines to connect hydro power in Canada to the northeast markets it serves, among other projects.

The combination of transmission assets and renewable power will put Northeast Utilities in a solid position when it asks for rate hikes. Both tend to be viewed positively by regulators.

A cleaner future
This quartet are all working toward a cleaner energy future. Xcel and NextEra are furthest along today, making them solid choices from an environmental perspective. Northeast Utilities and Great Plains, however, appear to have solid building prospects that bode well for both rate increases and cleaner operations in the years ahead. All four are worth a look for the environmentally conscious.

Utilities are known for their dividends, but so are these 9 companies