The moon isn't made of cheese, it's made of something far more valuable.

Without the moon, we probably wouldn't exist. That's at least according to mainstream science, which suggests Earth's ability to maintain a hospitable climate is reliant on the gravitational pull of our lunar pal. In that sense, the moon's value is infinite -- but what if you wanted to put a dollar amount on that rock?

Buy a piece of the moon
If you did, the most obvious valuation method would be based on the price the Lunar Embassy charges for deeds. Headed by Dennis Hope, the company sells pieces of the moon for around $20 per acre, and to this point, over 2.5 million have already been sold. By this method, the moon's 9.3 billion acres are worth approximately $180 billion. 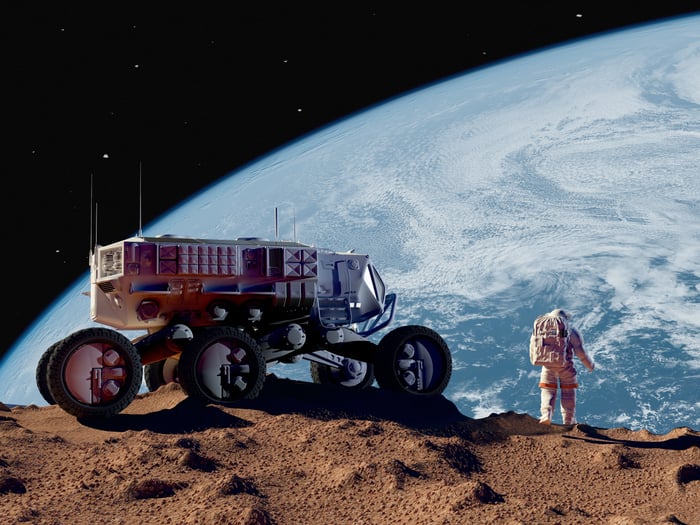 But it's not that simple. Critics point out Hope's business is voided by the 1967 Outer Space Treaty, which has support from over 100 U.N. nations, including the United States. The treaty specifically outlaws direct ownership of the moon, both by countries and individuals (the latter point is debated by some, but as a statement from the International Institute of Space Law and this Wired piece explain, a loophole for individuals "simply doesn't exist").

What about the water?
I talked to Jim Dunstan, a leading space lawyer, about how one could value the moon using other methods. He told me that while plots of land cannot be owned, extracted resources could be fair game. Water, for example, is extremely precious in outer space because it "can be broken down into oxygen for breathing and hydrogen for rocket fuel," Dunstan wrote in an email.

Because the cost to deliver water -- or any resource for that matter-- to the moon typically ranges between $100,000 and $400,000 a pound, it would be beneficial to extract it from the satellite's poles. "Estimates of how much water there is varies," Dunstan says, but respected sources believe the moon has "at least 600 million metric tons, or approximately 1.2 trillion pounds." In terms of transportation costs, this water is valued at $120 quadrillion to $480 quadrillion (that's 1 billion, 1 million times).

What about the Helium-3?
Of course, there are plenty of other resources on the moon. Most scientists think the rock is made up of elements like iron and magnesium, but the most valuable part of its structure may be Helium-3. Hard to find on Earth, the isotope can power nuclear fusion reactors, a potentially mammoth answer to future energy needs. Popular Mechanics estimates the Moon's He-3 is worth $640,000 per pound -- around $25 quadrillion if every last ounce could be mined.

As Dunstan explains, though, this isn't feasible. "You can only mine the mare (seas) on the moon, not the highlands (mountains), so that number goes down," he told me. "The mare constitutes around 15% of the lunar surface, making the total value of the moon...$4 quadrillion." Thinking about it another way, that much He-3 could theoretically supply U.S. electricity demand for 80,000 years.

One giant leap for mankind
While talk of moon ownership continues to float around the Internet, the real story is in its resources. Under current space law, water and Helium-3 might be the most precious pieces of our nearest celestial neighbor -- they're literally worth quadrillions.

Assuming the latter can be retrieved, it'd represent a giant leap for mankind, if nuclear fusion can one day become a viable energy source. That's a big "if," but certainly not impossible. So the next time you look up at the moon, remember: It's made of something far more valuable than cheese.