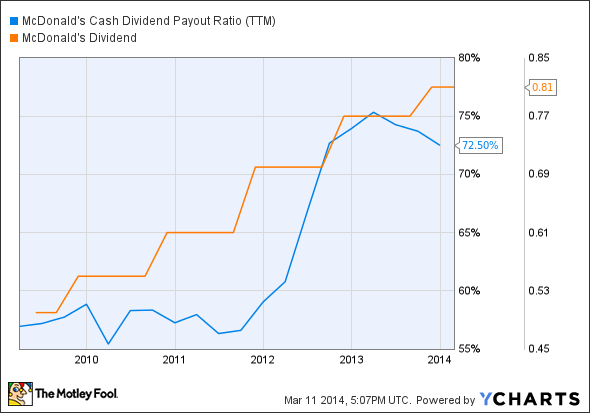 With a cash payout ratio of roughly 70%, McDonald's has some room to increase its dividend. Taking on debt to fund buybacks can be a good strategy to return value to shareholders, but only if the company is buying back shares for less than their value. Too often, companies buy back shares at high prices and then stop buybacks as prices decline. The classic "buy high, sell low" strategy of terrible investors.

In the meantime, though, buyers of McDonald's stock are paying 17 times trailing earnings and getting a 3.4% dividend yield. Not a terrible opportunity in this overvalued market.