The Federal Open Market Committee meets next week and is expected to announce a further taper of the long-term economic stimulus asset purchases. Stanley Fischer, nominee to become vice chairman of the Board of Governors of the Federal Reserve, is scheduled to appear before the Senate banking committee tomorrow for his nomination hearing. The veteran economist's prepared remarks were released earlier today, giving us a view into his thinking on the economy and the Federal Reserve.

Fischer begins his comments by noting that the Fed has made significant process toward its dual mandate of maximum employment and price stability. The unemployment rate has fallen from a high of 10% in 2009 to 6.7% as of last week, while inflation is running below the Fed's target of 2% to 2.5%. 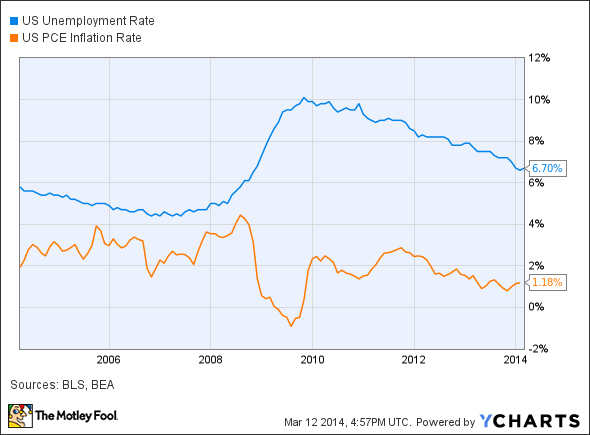 To stave off a U.S. financial collapse the Fed has injected the economy with what amounts to financial steroids in the form of its zero interest rate policy and long-term asset purchases. But it has started to pull back those efforts, with purchases decreasing in recent months from $85 billion a month to $65 billion a month, not including $20 billion a month or so in reinvestments.

Fischer goes on to cite policymakers for playing their part in passing bills to end the situation in which certain institutions are "too big too fail" and to strengthen the resilience of the financial system, namely through increased capital requirements and living wills.

Notably, Fischer's remarks seem to make the case that the Fed should add to its mandate maintenance of the stability of the financial system. This would be achieved through "strong regulation and supervision," according to the statement.

The Fed's continued belief that it can control the economy through increased regulation is worrisome. A good example of the failure of regulation to make the system safer is the mortgage giants Fannie Mae and Freddie Mac which both ended up needing massive bailouts despite having their own dedicated government regulator.