Sony and Panasonic think it's time for an even beefier optical disc standard. But this one's not headed to your living room quite yet. 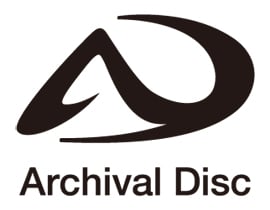 It's time for another optical disc format, at least if you ask Sony ( SONY -0.12% ) and Panasonic.

Plain old CDs can fit about 800 megabytes of data, which is enough for 45 minutes or so of high-quality audio. Sure beats 1.4 MB floppies for transporting bulky data, anyhow.

Then the DVD came along with 4.2 or 8.5 MB, for single- and double-layered discs. On this, you can squeeze in a full movie in very clean standard definition, plus a few extras. I'm a big fan of blooper reels, for example.

Oh, but then we got the mighty Blu-ray. Using a near-ultraviolet laser to read increasingly tiny data grooves, the Blu-ray packs 25 gigabytes into a single layer. Typical retail movies now ship on dual-layer Blu-rays, with glorious high-definition (and sometimes 3D-encoded, which doubles the data load) visuals and all-new bonus features. If you're using Blu-ray for archival data storage, you can get quad-layer discs to hold 128 GB per disc.

But like I said, Panasonic and Sony don't think that's enough. The two Japanese tech powerhouses just announced a new optical standard, tentatively known as Archival Disc. This one goes up to a full terabyte -- comparable to common desktop hard drive sizes today.

The first discs and accompanying systems will become availavle in 2015, sporting 300 GB capacity. They will use the same 405-nanometer "blue" laser that reads and writes current Blu-ray discs, but with new tech wrinkles thrown in to allow tighter tracks and better error correction.

Bit rot is no fun if you wanted to keep your data forever. Image source: Wikimedia Commons.

So you'd end up with a physically robust package based on the current Blu-ray standard, with all the important bits enclosed in airtight plastics and anti-scratch coatings. In it, you'll find a hyper-efficient data storage space that's impervious to heat, light, and water damage. And the first few generations of this massive storage format will most certainly be expensive, before economies of scale and mass market manufacturing bring the price down.

So it's targeted at professional users at first, like cloud computing data centers and digital movie studios in need of a permanent backup solution. Bit rot should not be a problem, assuming that Sony and Panasonic put their backs into making high-quality media, so this is the kind of solution that the Library of Congress might adopt for truly long-term media storage.

In the long term, these discs might become useful for next-generation movie distribution. The nascent 4K format will use up to four times as much space as the reigning 1080p HD standard, and who knows what comes after that? Running out of space on Blu-ray discs is not out of the question.

For now, the only way around the limited capacity of Blu-rays would be to download or stream 4K movies from a digital service. Netflix is shooting House of Cards in 4K format already, even if none of us users can actually enjoy the full quality yet.

So Archival Disc might become a companion to high-def digital services in a few years. But just know that backup administrators and archivists got a new friend for now. Your living room might get a visit from this new face someday, but not quite yet.