Please ensure Javascript is enabled for purposes of website accessibility
Log In Help Join The Motley Fool
Free Article Join Over 1 Million Premium Members And Get More In-Depth Stock Guidance and Research
By Leo Sun - Mar 13, 2014 at 10:50AM

‘Candy Crush Saga’ maker King Digital Entertainment’s IPO might have some compelling valuation and growth figures, but don’t be fooled -- it could be trouble as an investment.

King Digital Entertainment, the maker of the hit mobile game Candy Crush Saga, is gearing up for an IPO with shares tentatively priced between $21 to $24 per share, which could value the company at $7.6 billion. That seems like a high valuation for a company that has only produced a handful of games, especially when we consider that gaming giant Electronic Arts (EA 2.17%) is valued slightly higher at $9.3 billion.

EA has a huge library of games across all major gaming platforms, and generated $1.57 billion in revenue and $398 million in net income (both non-GAAP adjusted) last quarter. By comparison, King reported revenue of $602 million and adjusted EBITDA of $269 million during the fourth quarter. 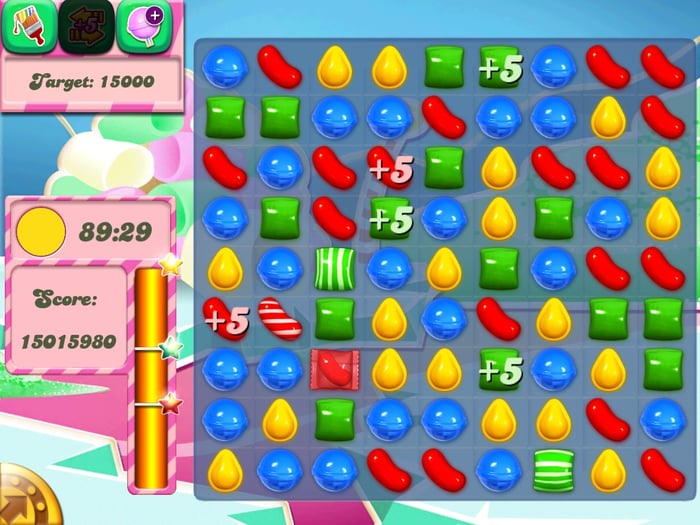 Candy Crush Saga gives King some sweet, sweet growth
Yet the gap between King and EA isn't as wide as most investors imagine. Thanks to King's robust bottom-line growth from high-margin in-game transactions, it will trade at a surprisingly reasonable 13.3 times trailing earnings at $24, compared to EA and Zynga's (ZNGA -2.04%) non-existent trailing P/E ratios (both companies reported adjusted losses per share last quarter) and Activision Blizzard's (NASDAQ: ATVI) trailing P/E of 21.7.

Those numbers fundamentally disprove the bearish thesis that King is simply another Zynga. Moreover, King is highly profitable, with an adjusted EBITDA margin of 44% in fiscal 2013 -- up from 17% in 2012 and 7% in 2011. Its adjusted EBITDA of $269 million is also an impressive jump from $11 million in the prior year quarter.

King's top- and bottom-line growth is impressive, but most investors are wondering if it can maintain triple-digit sales growth and quadruple-digit bottom line growth after it goes public.

Unfortunately, the simple answer is that it can't.

Why King could crush your portfolio
To understand why King is actually a dangerous investment cloaked in impressive valuation and growth figures, let's take a closer look at the company's portfolio of games.

Candy Crush is clearly the only game that matters. The game's daily active users (DAU) have risen 570% this year, while monthly active users (MAU) have jumped 490%. The DAU/MAU engagement rate has also risen 5%, indicating that more players are playing the game on a regular basis.

That should be great news, until you realize that King's top- and bottom-line growth appeared to peak in the third quarter of 2013 (note the bolded figures):

For the uninitiated, Candy Crush Saga is a free puzzle game that gives players the option to purchase various power-ups to pass tougher levels. The sequential drop in King's growth indicates that more people are playing the game on a daily basis, but they aren't paying for anything.

More like Zynga than you think...
If King had better games in its portfolio, I could overlook that glaring dip in revenue and profit during the fourth quarter, but the fact is that most of King's games are just modified clones of other games.

King, of course, isn't the first company to clone familiar game mechanics from classic titles to appeal to a wider gaming audience. Many of Zynga's biggest hits -- Farmville, Mafia Wars, and Dream Heights -- were cloned from other games. Zynga's former New York GM Dan Porter even once stated, "Zynga is often accused of copying games, which is mostly true."

King, on the other hand, issued a stern statement on its website regarding intellectual property rights: "King does not clone games, and we do not want anyone cloning our games."

What King does is perfectly legal. There are no enforceable patents issued for Bejeweled or Puzzle Bobble mechanics, but its stance indicates that the company is much more similar to Zynga than it would like investors to believe. 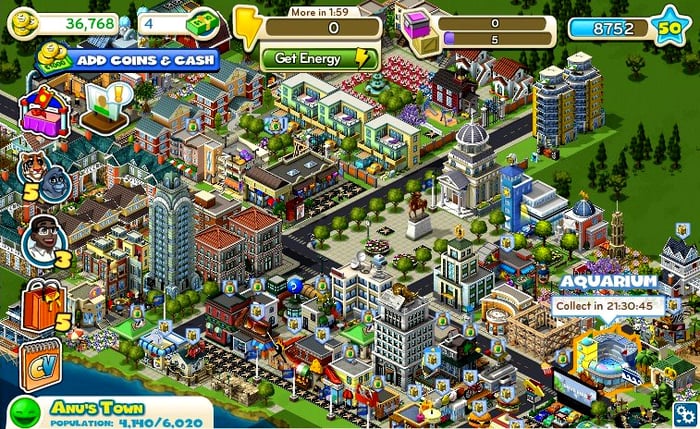 When Zynga went public in 2011, CityVille was its equivalent of King's Candy Crush, hitting 100 million users in January 2011. It tried to follow up that hit with CityVille 2, but traffic plunged two months after its launch in December 2012, after DAUs fell from 3.8 million to 570,000. CityVille 2 was eventually canceled in March 2013.

If King's revenue and profit peaked during the third and fourth quarters of 2013, the only way to keep growing is to offer sequels or new games. Considering how badly Zynga did with CityVille 2, Candy Crush Saga 2 won't be a guaranteed hit.

Too much candy? Brush your teeth and floss your brain...
In conclusion, King is a one-trick pony, and its best days have already passed.

It's a company that built an entire business on a single hit title that was really just a clone of a classic puzzle game. King might look good in terms of valuation and growth, but keep in mind that its sweet-looking stock could cause big cavities in your portfolio.

Why Tiger Woods and the NFL Can’t Save Zynga

Apple and Google Change Could Destroy Zynga and King

How Zynga Inc Can Use the Fire Phone