For Apple, pursuing the low-end smartphone and tablet market is a terrible idea.

When it comes to Apple ( AAPL 2.28% ), the Street is getting impatient. Hoping the iPhone 5c would be a low-cost smartphone to compete with an onslaught of cheap Android-powered devices in important markets like China, the market was largely disappointed when Apple announced the pricing of its 5c at just $100 less than its flagship 5s. Apple's winning strategy at the high end, which helps Apple consistently capture the lion's share of global mobile phone profits, apparently isn't enough for the Street.

But no matter what the Street says, there is no incentive for Apple to pursue the low-end market -- especially in China. In just three charts based on just-released data from Umeng (via Benedict Evans), an app analytics firm that has its code in a large portion of active Chinese apps, it's clear that the best strategic pricing move for Apple in China would be to continue to pursue the premium market, where there is still meaningful opportunity.

A packed Apple store in China.

Growth is still robust
Why compete on price when the entire China market is growing so robustly and Apple has already proven it can successfully market to the high end? Doing so could mean missing out on lucrative growth at the high end.

In the first quarter of 2013, there were just 380 million active smartphones and tablets. By the end of the year, there were 700 million. 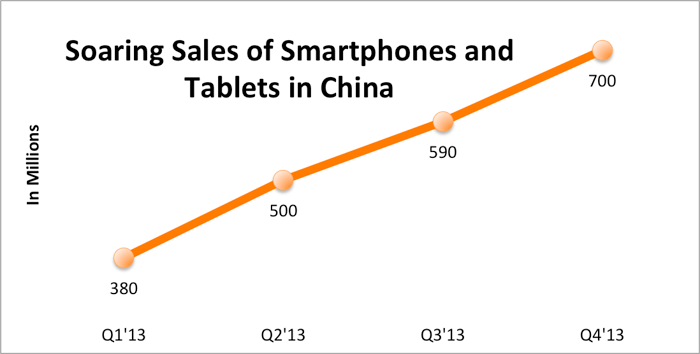 Data for chart retrieved from Umeng's 2013 report on smartphones and tablets in China.

With growth like this, it would be silly for Apple to launch an assault at the low end. If Apple attracts just a sliver of first-time smartphone and tablet buyers in China in this massive, fast-growing market in the coming years, Apple could benefit.

Existing smartphone owners are upgrading in droves
If there's any consumer in China that may be able to afford an iPhone, it's someone who already has a smartphone. And apparently frequent smartphone upgrades are not just a Western phenomenon. 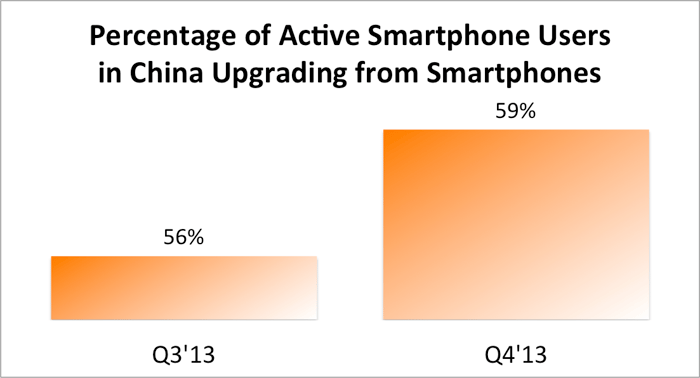 Smartphone upgrades in China are becoming increasingly commonplace, according to Umeng.

High-end smartphones are popular in China
After the segment with smartphones prices between $1 and $149 -- a category that would be suicide for Apple to enter -- the $500 plus category is the largest segment of active smartphones in China. And 80% of these are iPhones, according to Umeng. 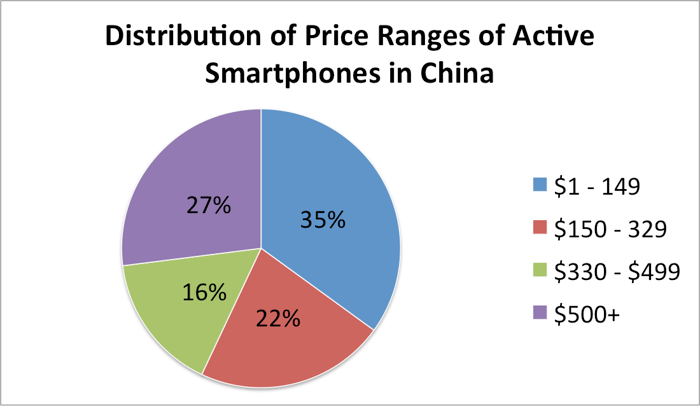 That's a fast-growing smart device market, a massive replacement market for smartphones, and more than a quarter of smartphone owners choosing high-end smartphones (where Apple irrefutably dominates). These three ingredients sound like a recommendation for Apple not to pursue the low-end market in China and, in doing so, risk giving up pricing power.