Please ensure Javascript is enabled for purposes of website accessibility
Free Article Join Over 1 Million Premium Members And Get More In-Depth Stock Guidance and Research
By Dave Koppenheffer - Mar 15, 2014 at 10:00AM

In a recent CNBC interview Buffett was asked about several rumors surrounding his investing and his view of the economy. Here are five of the most interesting. 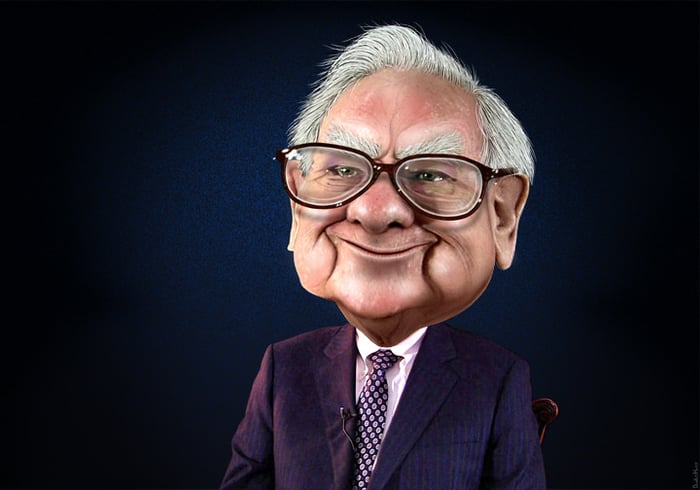 Chairman of Berkshire Hathaway ( BRK.A -0.45% ) ( BRK.B -0.59% ), Warren Buffett, recently sat down with CNBC for an amazing three hour interview. The interview discussed everything from politics to basketball. In particular, Buffett was asked to address speculation surrounding investing and the economy.

With his unique brand of "Warren Wisdom" here's how Buffett responded to five of the most interesting questions.

1. Is real estate a better investment than stocks?

In Buffett's annual letter he told an anecdotal story about a farm he'd bought. While many of us saw this for what it was, others believed it was a cryptic message that Buffett is bearish on stocks, and we should all go out and buy a farm.

To which, Buffett said, "No... they're speculating wrong." He went on to explain that the story was merely an "illustration" that it's possible to be a successful investor even without being an industry expert.

For instance, Buffett acknowledged that he understands the future of Wells Fargo and Coca-Cola much better than IBM. That fact, however, hasn't stopped him from amassing an enormous position in the tech titan.

2. Is the stock market rigged?
Watch your portfolio get cut and half and you'll start to wonder if you just playing a role in a big Wall Street scam. So I understand this one.

Luckily, though, Buffett calmed my worries when he said, "Well it isn't rigged at all." Moreover, he said that we should, "forget about calling it the stock market... it's American business." And when you think about it that way, it starts to make a lot more sense. Then all you need to ask yourself is, "Do I think American business will do better or worse over the next 10, 20, or 50 years?"

3. Is Buffett bearish on the future of Berkshire Hathaway?
In Buffett's letter to shareholders he mentioned that the money he plans to leave to his widow will be put into a low-cost S&P 500 index fund. And he believes this fantastically simple approach to investing will work for anyone.

The speculating machine, however, started wondering why Buffett would put his money in the S&P rather than Berkshire Hathaway?

Buffett explained that he could have done that, but he's selling all of his shares for philanthropic reasons. Plus, Buffett understands that people will follow the financial decisions he makes and he didn't want to be, "touting Berkshire to people." This isn't a bullet proof answer, but it's good enough for me.

4. Is the weather really pulling down the economy?
The economy has slowed in the past few months and the consensus view is that the frightful winter weather is the chief culprit. At first hearing this sounded like a pretty lame excuse, but Buffett explained otherwise.

He said, "It's a factor. I mean – our railroad does not work as well when there's a lot of snow and extreme cold. NetJet doesn't work as well... So there's no question it's been [a] factor."

5. Is holding a stock "forever" just a saying?
Buffett's approach to investing has become famous. And one of his go-to lines is that his favorite holding period, for a stock, is forever. Well, as it turns out Buffett uses the term as more of a guideline.

In fact, when asked about his "big four" (Wells Fargo, Coca-Cola, American Express, and IBM) he stated, "So none of the stocks are forever. But they're generally for very long terms."

The reason for this is because, when given the choice, Buffett favors owning businesses outright, rather than owning just a piece. There are a number of reasons for this, including tax reasons, but Buffett noted that if there's a big opportunity he would lower or eliminate a position in a stock to buy a business.