A little more than a decade ago, conventional wisdom had it that Mercadolibre, Inc. (NASDAQ:MELI) wouldn't stand a chance once eBay (NASDAQ:EBAY) decided to enter Latin America.

But things didn't turn out that way. Mercadolibre not only gained favor in its core markets but eBay decided it best to join forces with Mercadolibre instead of compete with it. Today, eBay owns 18% of Mercadolibre.

It's turned out to be a great move: Between the stock's bottom during the Great Recession and last October, shares were up more than 1,000%. But over the past five months, Mercadolibre's stock has lost a third of its value. That leads me to wonder: is it time to sell the stock? 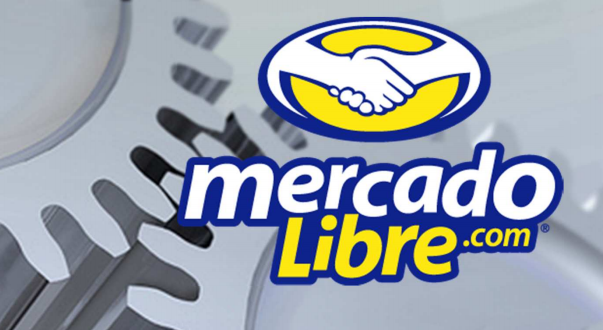 It has become my standard practice to take time every year -- usually at the start of spring -- to review all of my family's stock holdings. Since it's in my nature as an investor to never sell unless we need to use the money, I ask myself: What would it take for me to think this is a bad investment?

Today, I'm going to cover the three biggest reasons I can see why one would consider selling shares of Mercadolibre and whether the stock is still worth owning. So, in no particular order, here they are:

Competition from Amazon or eBay is a serious threat

I know, I know. I told you eBay was actually friendly with Mercadolibre and that it owned a huge chunk of the company. That's true, but their relationship is a little different than it was a few years ago.

Back in 2001 when the two joined forces, eBay signed a document saying it wouldn't compete in Mercadolibre's core markets. That agreement, however, expired in 2006. So while eBay still has a financial interest in seeing Mercadolibre succeed, eBay could sell its stake and open up shop in Latin America if it so desired.

Furthermore, Amazon.com (NASDAQ:AMZN) just entered the market in Brazil, where Mercadolibre currently gets 44% of its revenue. Amazon has a history of disrupting standard practices and winning over customers, and Mercadolibre shareholders should be rightly concerned.

My take: Don't underestimate the first-mover advantage.
While it's true that eBay could start competing in Latin America, I just don't see that as a wise option. Mercadolibre has a huge head start on them, and the cost to eBay to even try to compete in Latin America just seems too steep.

I would have no problem, on the other hand, seeing Amazon succeed in Brazil. But that doesn't mean all of Mercadolibre's business would disappear. That certainly hasn't happened in the U.S., where eBay is still alive and kicking. These two companies have different business models, and one should remember the power of Mercadolibre's MercadoPago -- a Latin American version of PayPal.

The Latin American market is fraught with risk
During 2013 alone, Mercadolibre's revenue suffered immensely from foreign currencies suffering steep devaluations. Argentina and Venezuela account for 44% of all sales, and each saw its currency's value plummet against the dollar.

While fourth-quarter revenue grew by 50% and earnings by 58% in home currencies, those numbers dipped to 30% and 35%, respectively, once they were translated into dollars.

My take: How long is your time horizon?
There's no doubt that it's tough when inflation and currency exchange issues eat away at earnings. If you're a short-term investor, this kind of uncertainty is enough to justify selling the stock.

For myself, I like investing with my eyes on the long-term horizon, which means decades. While there's no way to know what the political and economic situation in Argentina and Venezuela will be years from now, I'm not too worried. Because I'm holding for so long, time is on my side that these issues eventually resolve themselves.

It's too expensive
Currently, Mercadolibre trades for 35 times earnings and 150 times free cash flow. By any measure, those are sky-high valuations.

My take: Let's look at a different set of metrics.
I won't argue that -- given standard metrics -- Mercadolibre is expensive. But it's also growing incredibly fast: Like I said earlier, in local currencies, earnings were up 58% during the fourth quarter.

More importantly, Mercadolibre is valued today at just $4.3 billion. eBay is valued at roughly 17 times Mercadolibre. I believe that -- given a long-term time horizon -- investors will eventually see Mercadolibre be valued at a much higher market cap.