Although the rate of growth in the amount we spend on our pets is slowing, the continuing trend toward their humanization ensures that companies catering to those whims will prosper. Food companies in particular should be rewarded, because, like us, pets need to eat, and one of the last things we're likely to get rid of if our own financial situation turns south is our furry companions. 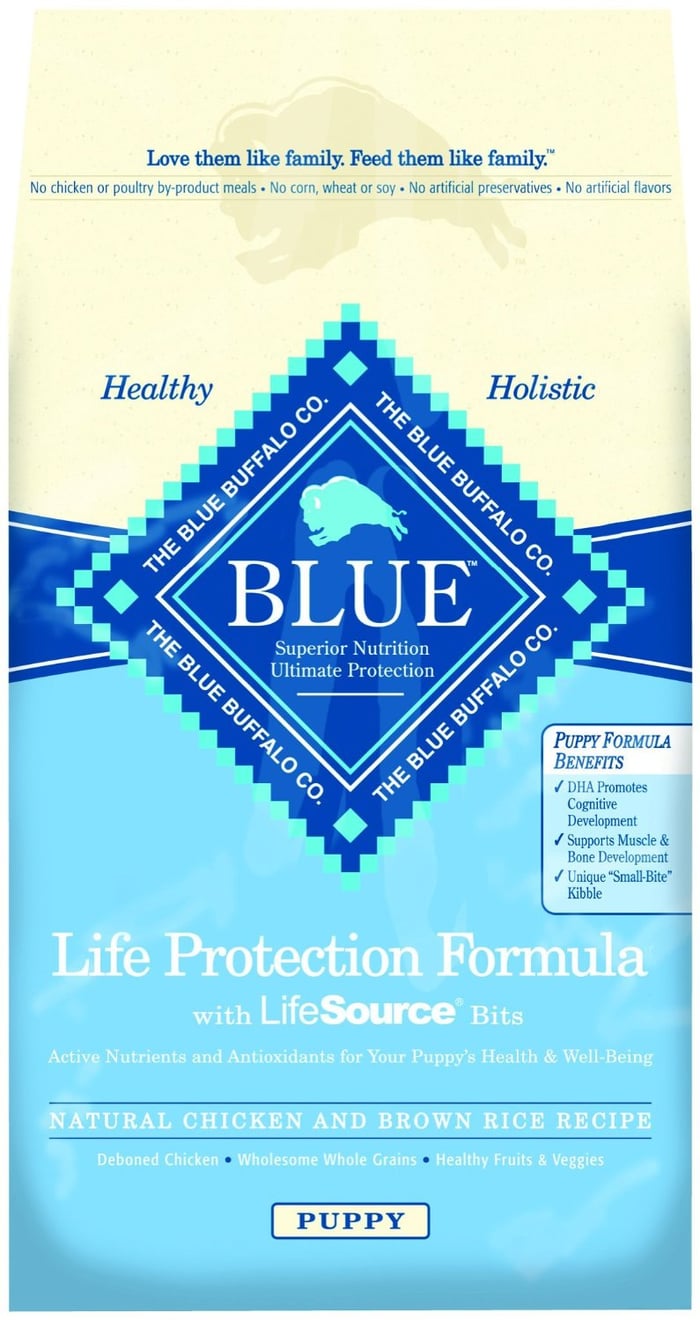 Premium pet-food maker Blue Buffalo seems to understand that trend and is rumored to be readying an IPO for later this year. Last October, privately held Del Monte Foods, arguably best known for its pineapples, sold off its fruit business for $1.68 billion, choosing instead to focus solely on pet food products. It's not widely known, but with such well-known brands as Meow Mix, Kibbles 'n Bits, and Milk-Bone, Del Monte is the fourth largest producer of pet products. It also recently acquired Natural Balance pet food and took a minority equity interest in a pet products co-packer.

According to the American Pet Products Association, more than-two thirds of U.S. households own a pet, with dogs remaining the top choice at 56.7% and cats coming in second at 45.3% (fish are a distant third at just over 14%). Although overall spending is expected to reach $55.5 billion in 2013, the 4.1% increase from the year before is down slightly from the rate of increase in 2012 and has been on a steady decline for years.

Pet food, however, has remained fairly stable, accounting for more than 38% of the total money spent on pets, more than any other category. Veterinary care at 25% is second.

Leading pet-supplies store PetSmart (NASDAQ: PETM) saw its stock slump earlier this year after an analyst slapped a "sell" rating on it over fears of increased e-commerce competition, but the stock has regained almost all of the lost ground if for no other reason than because as we humanize our pets they become not just animals, but "pet babies" (making their owners, naturally, "pet parents") and ensuring that expansion will continue. 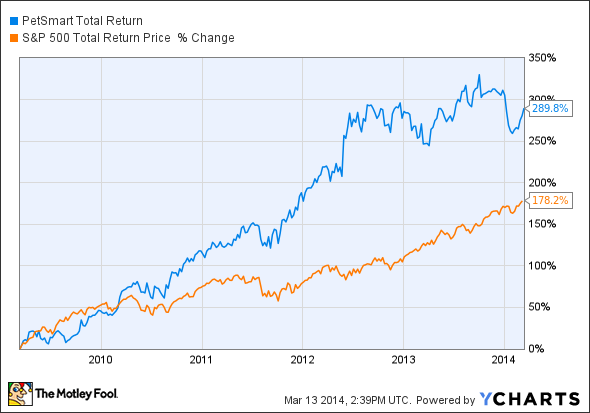 One of PetSmart's main focuses has been and will continue to be pet food, and in its earnings conference call earlier this month it laid out how it's partnering with pet food makers to cook up exclusive items that its customers -- er, pet parents -- won't find at Petco or on Amazon.com's (NASDAQ:AMZN) Wag.com.

PetSmart and other retailers are really brand agnostic. willing to carry Blue Buffalo, Nestle's Purina One Beyond, or Colgate-Palmolive's (NYSE:CL) Hill's brand. And because "parents" are increasingly concerned about what their "babies" are eating, just as we see with the human food chain, the super-premium food category remains a driving force behind the sector's growth and is why PetSmart's continues to dedicate more aisle space to the niche.

Sales at Blue Buffalo are expected to exceed $600 million this year, and some estimates suggest they could go as high as $800 million, causing analysts to peg a possible IPO valuation somewhere between $1.2 billion and $1.6 billion, or around two times sales. That's not unreasonable, since Del Monte paid between one and one and a half times revenues when it bought Natural Balance.

But like the overall industry, the premium food category's rate of growth is slowing too, though with it still in the mid- to high teen range there's no real shortage of demand just yet. Further, "showrooming" isn't limited only to consumer electronics superstores. When an Amazon Prime member can have the same 30-pound bag of Blue Buffalo food delivered to his door for free by UPS and not have to hump it around himself, why would he go to the grocery store or pet food store anymore to buy one?

While the IPO route is said to be Blue Buffalo's main focus at the moment, the possibility of a buyout remains in play. Nestle was said to have looked into making a bid for it and Del Monte certainly has the wherewithal to do another deal, too. Yet with Colgate still recovering credibility for its Hill's brand after having to excise the word "science" in its name, and Procter & Gamble (NYSE:PG) still reeling from a massive recall of all its pet food products last year, it may be why Blue Buffalo is choosing the public offering route.

Whichever road the super premium pet-food maker does take it's clear this is not a case of the tail wagging the dog, but one of real opportunity, and but should it eventually IPO, investors may want to put on a leash and bring Blue Buffalo to heel.