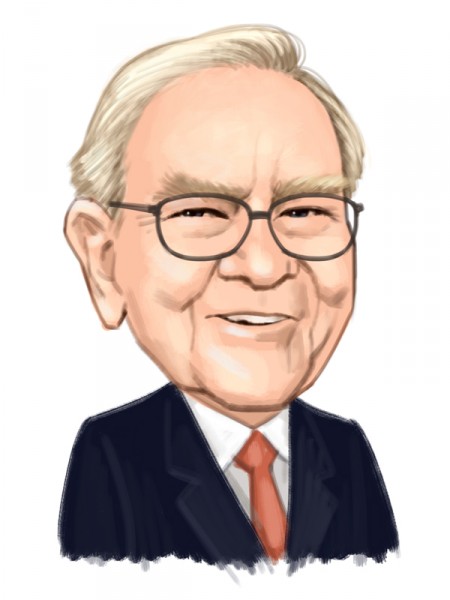 The latest on Warren Buffett's empire Berkshire Hathaway (NYSE:BRK.A)(NYSE:BRK.B) is in, and there are seven things which will stun you about the company.

1. It owns 33 newspapers
Many people know Berkshire Hathaway is a company with a wide range of diverse businesses, but it is not widely known the company also owns 33 newspapers across 11 states. It owns the York News-Times, in York, Nebraska, with a total circulation of 3,112 daily papers, which isn't to be confused with the New York Times with its nearly 2 million subscribers. In fact, the biggest paper Buffett and Berkshire owns is the Richmond Times-Dispatch, which has a Sunday circulation of 147,270.

2. It only has 25 "employees"
Yes, the company worth $310 billion only has 25 people employed in its corporate offices. But across its more than 80 operating businesses, it has an additional 330,720 employees, including a few major employers listed below:

3. It serves 19 states and 26 cities with its real estate brokerage business
Speaking of spanning the country, it isn't just diversity in its businesses and publications, but also its real estate brokerage business which reaches from Connecticut, with Berkshire Hathaway HomeServices New England Properties, to California, with Berkshire Hathaway HomeServices California Properties. The smallest office is located in Rhode Island with 18 agents, and the largest is found in Philadelphia which has 4,142 agents.

To put that in perspective, if Berkshire Hathaway decided to sell every stock it held on New Year's Eve 2013, it would've netted a return almost equal to what Wells Fargo, Bank of America, JPMorgan Chase, and Citigroup combined saw in net income last year: 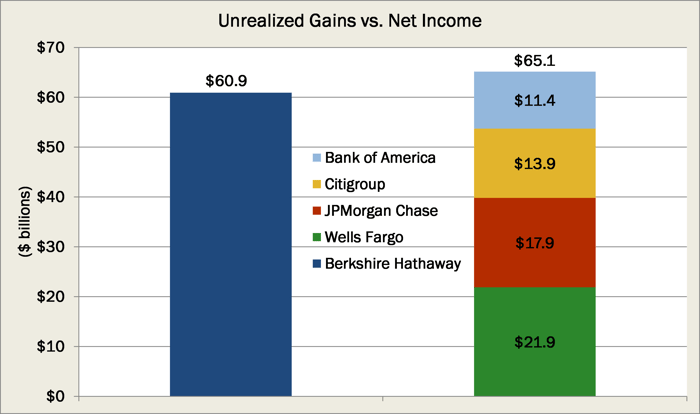 The biggest winners in the Berkshire Hathaway portfolio on a total dollar basis you ask? None other than the known favorites of Coca-Cola ($15.2 billion), American Express ($12.5 billion) and Wells Fargo ($10.1 billion).

5. He loves America, but his portfolio expands outside the States
While the types of the investments of Berkshire Hathaway makes are relatively well known, it turns out they don't only have to be in the U.S. to pique the consideration of Buffett. Of the 15 largest common stock stakes Berkshire Hathaway holds, three are headquartered outside the U.S.:

Munich Re is a reinsurance company based in, you guessed it, Munich. Sanofi is a pharmaceutical firm headquartered in Paris. And Tesco is a multi-national grocery store based out of England.

6. Over the last two years, its net income nearly doubled
When reviewing Berkshire's results, Buffett noted plainly, "On the operating front, just about everything turned out well for us last year – in certain cases very well." A quick glance reveals the net income available to shareholders of Berkshire Hathaway rose by a staggering 32% in 2013, and its total of $19.5 billion almost doubled the $10.3 billion posted in 2011: 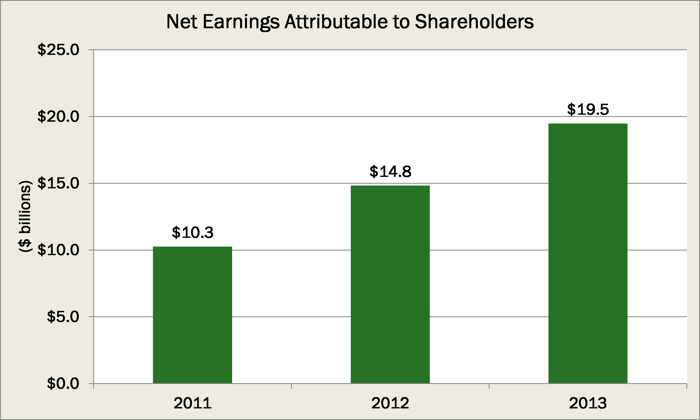 7. It's still crushing the market
Many made much of the reality that for the first time since its inception, Berkshire Hathaway trailed the S&P 500 over a five-year period, growing its book value by 91% compared to a 128% return delivered by the S&P 500.

However as Buffett himself critically notes; "Over the stock market cycle between yearends 2007 and 2013, we overperformed the S&P. Through full cycles in future years, we expect to do that again."

Some may say Buffett has lost it, but anyone who would suggest so wouldn't actually know the truth.