Sony (NYSE:SONY) wants to bring you a new Spider-Man movie every year. Walt Disney (NYSE:DIS) is already developing two new Marvel films a year, with at least one tied to its now-established Avengers franchise. Are Sony executives crazy to be thinking the Wall Crawler can draw so well as to merit the same theatrical treatment as Earth's Mightiest Heroes? Let's take a look at history. 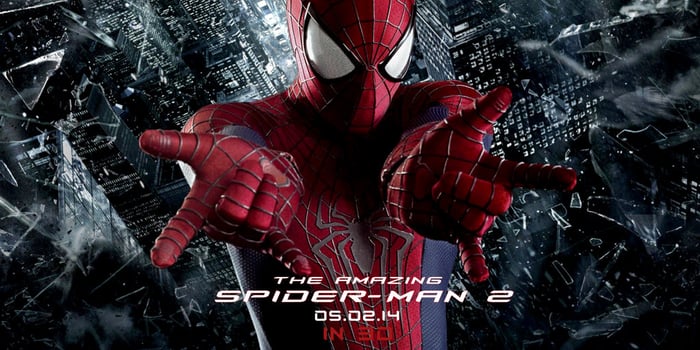 Your friendly neighborhood Spider-Man returns to theaters on May 2. Source: Sony Pictures.

The story so far ...
Before we get to where we've been, let's talk about where we're headed. "We are expanding the Spider-Man universe into The Sinister Six and Venom, so that we have Spider-Man movies every year," Sony Pictures Entertainment co-chair Amy Pascal said in a recent interview with Variety.

How will the plan play out? Marc Webb will return to direct the next film in the series -- The Amazing Spider-Man 3, due on June 10, 2016 -- while Drew Goddard writes The Sinister Six and Alex Kurtzman, Roberto Orci, and Ed Solomon develop Venom.

At this point, it's unclear whether Webb will continue to plot Spidey's future beyond the next film. What we do know is that Sony has commissioned what it calls a "franchise brain trust" to continually develop the Spider-Man movie universe. The team includes Webb, Goddard, Kurtzman, Orci, Solomon, writer Jeff Pinkner, and producers Avi Arad and Matt Tolmach.

Why The Avengers is so special
They've a big hurdle to clear. Spider-Man movies are no longer the standard by which we judge the success of Marvel-branded films. The Avengers and Iron Man 3 changed that when they earned more than $1 billion each at the worldwide box office. Even so, the two franchises stack up well:

While the overall earnings power of Marvel Studios is undeniable, it's important to note that outliers such as The Avengers are what makes its results so special. By contrast, all Spider-Man movies tend to draw well, and at a higher average gross -- $812.1 million worldwide versus $708.5 million worldwide.

By my estimates, sharply higher production costs have kept a lid on box office profits for recent Spider-Man movies. But that's also not as big a deal as it might seem. Hollywood makes most of its moola after films leave theaters. High-margin Blu-ray, DVD, and on-demand sales and rentals, as well as merchandising and TV and streaming distribution, usually account for most of the take-home. And in that respect, Spider-Man movies have been a huge winner for Sony over the years.

The Disney deal everyone forgets, but which you shouldn't
Today, the stakes are higher because Sony no longer gets a cut of merchandising tied to its Spider-Man movies. Why? A late 2011 deal in which Disney traded Marvel's producer fee for new Spider-Man movies for the exclusive right to profit from all merchandise with the Spidey imprint.

Practically, what this means is the Amazing Spider-Man franchise is no longer burdened by Sony having having to pay a hefty percentage of the theater gross to Marvel and Disney. But it also means less residual revenue for Sony Pictures, the company's third-largest source of operating profit in fiscal 2013.

Verdict = there's no choice but to bet big
"With great power comes great responsibility" is the phrase long associated with Peter Parker's transformation into the superhero we know as Spider-Man. Turns out the mantra applies just as much to Sony executives.

In striking a deal with Disney two-and-a-half years ago, Sony gave Pascal and the team at Sony Pictures greater power to earn from the Spider-Man movie franchise than they've ever had before. And with it: greater responsibility to fill theaters.

Thus, the question isn't whether Sony's franchise-building efforts with Spider-Man movies are smart or ill-considered. Rather, it's why didn't the studio act sooner?

Spidey faces off against at least three villains in The Amazing Spider-Man 2. Sources: Sony Pictures, YouTube.