While the changes were subtle, the benefits are meaningful.

In a few subtle changes to Apple's ( AAPL -1.17% ) iPad and iPhone offerings last night, the company has made some key changes that should bolster operational efficiencies while also improving the developer and customer experience. Even more, Apple says one of the changes should help sales.

There were essentially two changes to Apple's product offerings. First, it relaunched the fourth-generation iPad and discontinued the legacy iPad 2. The fourth-generation iPad is available only in the 16GB configuration -- $399 for wi-fi only and $529 for wi-fi plus cellular. Second, Apple introduced an 8 GB iPhone 5c in France, Germany, Australia, China, and the U.K. The 8GB iPhone 5c, of course, is slightly cheaper than the 16GB model.

How Apple benefits
Operationally, these moves will help Apple slowly but surely phase out the 30-pin connector while also shifting its product lineup to the Retina display. For instance, the iPad 2, which was replaced by the relaunched fourth-generation iPad, didn't sport the lighting connector or the Retina display. And though the iPhone 4s, which uses the 30-pin connector, is currently still being sold alongside the new 8GB iPhone 5c in European markets, a competitively priced iPhone 5c could upsell many midrange customers who show interest in the 4s. The 8GB 5c has both a faster processor and a larger display than the 4s. 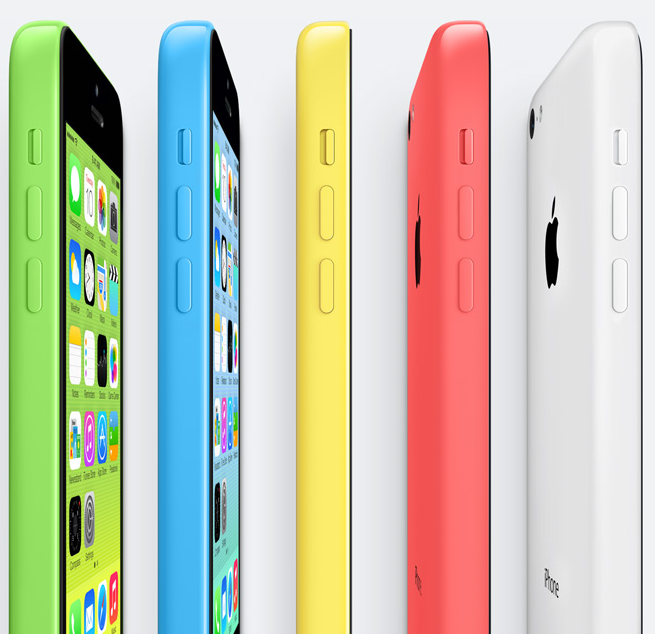 A booming midrange iPhone market?
But beyond incrementally greater operational efficiencies and benefits for developers and the user experience, Apple says there is a higher-level reason for the iPhone 5c.

"The mid-tier iPhone segment is growing year-over-year and the 8GB model provides a more affordable option for markets where LTE is becoming more established," an Apple representative told Re/code.

In other words, the midrange iPhone market is robust in Europe and China and Apple wants to take advantage of it.

Taken together, both product line changes should be beneficial for Apple investors. Discontinuing the iPad 2 and reintroducing a more expensive iPad 4 should bolster the average selling price for Apple's tablet business while the new lower-cost model of the iPhone 5c should help Apple capitalize on midrange opportunity in key markets. And both changes aid operational efficiencies and offer greater incentives for developers to focus on high-resolution app development.