The sooner your children start learning about the importance of saving and investing, the higher the rewards they can obtain from those lessons over time, both financially and intellectually. Companies such as Amazon.com (NASDAQ:AMZN), Netflix (NASDAQ:NFLX), and Chipotle Mexican Grill (NYSE:CMG) are powerful growth names to teach young investors about business and investing by analyzing companies they can understand and relate to.

Amazon and the importance of long-term thinking

Amazon is a primary example of the importance of having a long-term vision when building an innovative business with huge opportunities for expansion.

Under the leadership of Jeff Bezos, the company has followed an aggressive strategy by prioritizing growth and market share gains over profit margins, and in the process it has consolidated its position as the undisputed heavyweight champion in online retail, generating revenues of almost $61 billion during 2013 and growing by 22% versus the prior year.

Teenagers and young adults are increasingly getting used to doing their shopping online, so it would be quite easy for them to relate to a company like Amazon, which is so entrenched in their everyday lives. Importantly, the e-commerce boom sill has enormous room for growth, as online retail still accounts for only 6% of all retail transactions, according to official figures. Amazon has recently announced it will be raising the price of its Prime membership program from $79 to $99 per year, which represents a considerable increase of 25%. The overall impact on members' budgets, however, is still quite moderate at $20 per year. Besides, Amazon has materialy increased the selection of items available for free two-day shipping over the years, and the company has added valuable services like online videos and access to the Kindle Owners' Lending Library, so the value proposition for customers has considerably improved over time.

Amazon Prime has "tens of millions" of members, according to the company, so the impact on revenues will probably be modest for such a gigantic juggernaut. On the other hand, there will be almost no incremental cost to this price increase, so Amazon should see improving profitability from this move in the medium term. 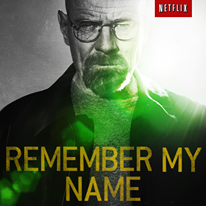 The Netflix movie is looking increasingly more exciting
Netflix is clearly a volatile stock with above-average risk and a demanding valuation, but in exchange it offers enormous potential for growth over the coming years. Teenagers have the benefit of time on their side, and a long-term horizon means superior tolerance for risk and the ability to invest in disruptive growth businesses like Netflix.

Besides, Netflix is certainly an entertaining business to follow and study over time, which may be a big advantage when it comes to attracting the attention of teenagers.

The company is clearly moving in the right direction over the last several quarters. Netflix ended 2013 with 33.42 million domestic subscribers and 10.93 million international subscribers, for a big total of 44.35 million subscribers. Revenues increased by a remarkable 24% in the fourth quarter of the year, and profit margins are also rising as sales are outgrowing content costs.

High-quality original content provides a crucial differentiating factor for Netflix versus the competition, both current and potential, so the company is in a position of strength to continue benefiting from the online streaming revolution over years to come.

The company's focus on natural and organic ingredients can generate higher costs and operational complications for Chipotle, but it resonates extraordinarily well among consumers, at least judging by financial performance: Sales in the fourth quarter of 2013 increased by 20.7%, fueled by a big increase of 9.3% in comparable-store revenues and 56 new restaurants opened during the quarter.

Consumers can't seem to get enough of Chipotle's tacos and burritos, and opportunities for expansion are still abundant. Management is planning to continue focusing on expanding the store base in the U.S. over the coming years, and international markets are still practically untapped as Chipotle has only 16 stores in global locations over a total base of almost 1,600 restaurants.

If the company can replicate in international markets the same level of success it has seen in the U.S., then investors of all ages should be rewarded with tasty growth opportunities over the long term.

Bottom line
Knowledge grows and compounds over time, and so do portfolio returns. Knowledge of sound investing principles is one of the most valuable gifts you can give to your children, and high-quality growth companies such as Amazon, Netflix, and Chipotle Mexican Grill are powerful candidates to capture their attention and encourage them to take responsibility for their financial future at a young age.