Although invests often view it as a 'once-great' growth opportunity, Chipotle remains the best pick in the restaurant industry for long-term growth.

Many investors see Chipotle Mexican Grill ( CMG 5.52% ) as one of the more-successful growth stories in recent memory. The company's stock performance confirms as much; the shares have risen approximately 1,300% since Chipotle's IPO in 2006, over 1,000% in the last five years, and over 80% in the last year alone.

However, investors would make a huge mistake to write off Chipotle as merely a once-great investment. In reality and despite its formidable size, Chipotle remains in a high-growth phase. This becomes most evident when viewed in combination with the company's store expansion, which investors should best consider alongside the company's two new restaurant brands. 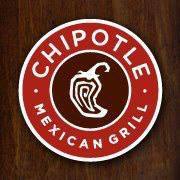 Not yet saturated
At the end of its fourth quarter, Chipotle had 1,595 total restaurant locations.  The average restaurant generated $2.17 million in the most recent quarter. While the company owns a good deal of restaurants, it still has fewer stores than Panera Bread ( PNRA ) with 1,777 total locations.

Chipotle continues to maintain the growth rate of its Mexican-themed restaurants at a very impressive rate; this appears especially true when we consider that the brand has been around since 1993. Incredibly, the market for the Chipotle brand has not yet been saturated and we know this because the company's same-store sales growth remains robust.

In the latest quarter, Chipotle managed to grow comparable-store sales 9.3% on a year-over-year basis.  For comparison, Panera Bread only grew comparable company-owned store sales 1.7% in the fourth quarter.

Finally and more impressively, the Chipotle Mexican Grill brand has still not become truly international at all. The company only has 16 restaurant locations outside of the United States.  International markets thus far remain almost completely untapped for Chipotle. 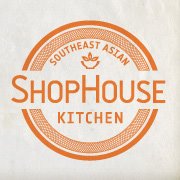 New brand growth
Unlike Panera Bread, which has only one restaurant brand and a store count that already exceeds that of its peer, Chipotle has been busy developing and investing in new brands. The company hopes that one day these new restaurant brands can grow large enough to take some pressure off of the company's Chipotle Mexican Grill brand while they add revenue growth at the same time.

The first brand, ShopHouse, serves as the company's take on Southeast Asian cuisine. The second brand, Pizzeria Locale, was created by restaurateurs Bobby Stuckey and Lachlan Mackinnon-Patterson and it is backed by Chipotle.  While they still remain in the very early stages of growth, both brands have been expanding.

Although management has warned investors repeatedly about viewing the two new brands as meaningful short-term growth drivers, these brands have the potential for staggering long-term growth. Considering that Shophouse and Pizzeria Locale use the same fast-casual approach to dining that the Chipotle Mexican Grill restaurants have employed with so much success in the past, both brands could become Chipotle-sized ventures in the future.

In typical tight-lipped fashion from Chipotle with regard to the company's growth expectations, the company statement simply read, "Pizzeria Locale joins ShopHouse as an additional concept that provides future growth opportunities for Chipotle."

Bottom line
All indicators tell me that Chipotle still remains very much in the early stage of growth. The company's Mexican-themed food brand has continued to grow very well and Chipotle has still not established a real international presence yet.

However, with the ongoing development and expansion of two new brands, management at Chipotle seems well prepared for the day when the company's Mexican-themed brand does reach a point of over-saturation. Accordingly, Chipotle remains my top pick in the restaurant industry as well as one of my largest holdings.