Apple (NASDAQ:AAPL) changed its iPhone strategy a bit this week when it introduced a cheaper iPhone 5c, an attempt to better tackle the mid-range smartphone market. While Apple is trying to gain additional traction for the 5c with its lower pricing, it may not give the phone a boost where it needs it most. 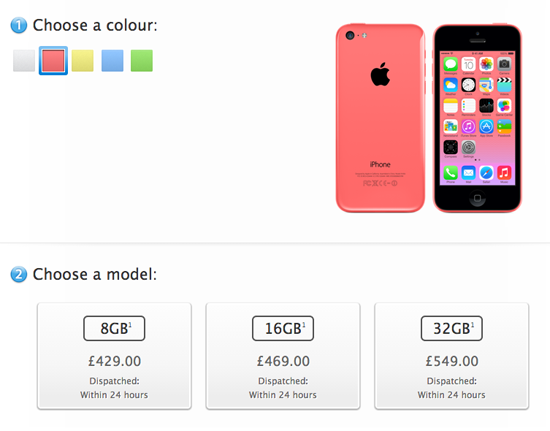 Someone is feeling left out
The 5c with 8GB of storage went on sale in the United Kingdom, France, Germany, Australia, and China on Tuesday, and is about $66 cheaper than the previously cheapest 16GB version. The price drop is good for users who want Apple's high-end internals, but can do with out the additional hard drive space. The 8GB 5c still has the 4-inch Retina display, A6 processor, plus the LTE connectivity.

Here's Apple's official reason for launching a cheaper 5c, in a statement to Re/code:

The mid-tier iPhone segment is growing year-over-year and the 8GB model provides a more affordable option for markets where LTE is becoming more established.

The LTE focus make a little sense considering China, one of Apple's fastest-growing markets, is building out its LTE networks. A cheaper 5c could give Chinese smartphone users more of an incentive to buy the device, especially since the 4S, which is still sold in China, doesn't have LTE capability.

But it's a bit more confusing that a cheaper 5c isn't debuting in the U.S. as well. As U.S. wireless carriers are beginning to move away from the subsidized model, aside from Verizon, it seems odd for Apple to not let its largest customer base in on the 8GB version. After all, the 5c has been widely criticized for not being inexpensive enough to really compete in the mid-range smartphone market. This has tilted iPhone sales more in favor of the 5s, as high as 3 to 1 compared the 5c.

Perhaps that's Apple's strategy for keeping the cheaper 5c out of U.S. hands. The 5s costs Apple about $199 to make, compared to $173 for the 5c -- yet the 5s sells for at least $100 more than the 5c in the U.S. If U.S. consumers are satisfied spending the higher price for the 5s, there's little incentive for Apple to release the cheaper 8GB 5c right now. But it's still hard to shake the idea that a cheaper 5c would be good for Apple in the U.S.

Boosting the 5c
There have been plenty of critics of the iPhone 5c, and while I think Apple should have initially priced the phone lower back in September, I still think the device has a solid place in the company's smartphone lineup -- especially if the 8GB version comes to the U.S.

If the point of the 5c was to give users a new Apple device in a mid-range market, they still technically haven't hit that in the U.S. yet. Yes, consumers can get their hands on a subsidized one for $99, but as wireless carriers move further away from that model, a slightly cheaper iPhone 5c will need to be sold in the U.S. to meet the mid-priced demand.

For now, I think launching the 8GB 5c will help the company most in China. According to recent data from the Chinese app analytics company Umeng, the 5c makes up less than 2% of active iOS devices in China, while the 5s takes 12%. Those numbers represent Umeng's developer network and app usage, and aren't representative of all of China, but they do help paint a general picture of the iPhone 5c in the country. As the U.S. has experienced a similar preference for the 5s over the 5c, it's not shocking Apple is going this route, but I think it left one important market behind.