Coal is a dirty fuel. However, with a little foresight and a heap of science, that "dirt" can be turned into some really useful products. Such advances are taking place right now, and they could turn this environmental pariah into an environmental good guy.

Getting cleaner
Coal is a dirty fuel; there's no way around that fact. However, it's also cheap and abundant—particularly in the United States. But technology has come a long way toward making burning the fuel a cleaner process. For example, miner Peabody Energy (OTC:BTU) notes that regulated emissions from coal have declined nearly 90% since 1970 even as U.S. coal power generation has nearly tripled.

That impressive advance came from a combination of technology to burn coal more cleanly and to capture harmful emissions after the burning process. In fact, until recently, coal miners like Peabody have been fairly solid businesses. Increasing environmental concerns, however, have shifted that view of late. That said, captured emissions aren't necessarily waste.

For example, Southern Company (NYSE:SO) and KBR (NYSE:KBR) are currently building a new coal plant that will be among the cleanest in the world. The Kemper facility is using combined cycle and coal gasification technologies on the front end. On the back end, it's capturing carbon dioxide. 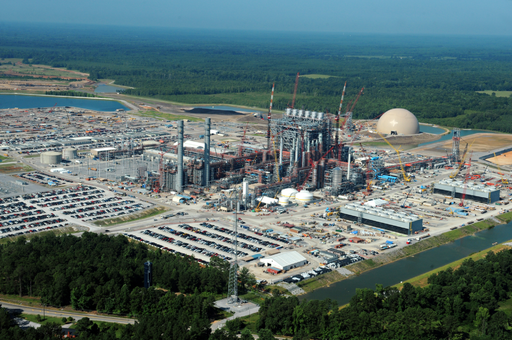 Southern is sending the captured CO2 to Denbury Resources (NYSE:DNR) for use in enhance oil drilling techniques. Southern just turned a waste product into a profit center, and Denbury has cemented a relationship that could provide it with reliable carbon dioxide for the next thirty years, or more.

But wait, there's more...
Carbon dioxide is the current environmental bad guy because of concerns about its impact on temperature. Finding a way to use it so that it isn't released into the air, like Denbury pumping it underground to force more oil to the surface, is good. But, a company called Liquid Light has created a technique that converts CO2 to as many as 60 different chemicals.

Assuming this new technology plays out, carbon capture could turn into a much bigger business. That, in turn, could add the financial incentive needed for utilities to risk investment in new and, so far, largely untested carbon capture systems. Note that KBR and Southern intend to license the technology behind Kemper to others, so the Liquid Light CO2 development could be an important one for this duo. It could also change the way this coal burning byproduct is viewed.

It isn't just carbon, however, that can be turned from waste to profit. For example, PPL Corp.'s (NYSE:PPL) Louisville Gas and Electric division is partnered with Charah to capture sulfur emissions, "...to recover thousands of tons of gypsum to create a pelletized sulfur product that will be sold to and distributed by agricultural companies."

Fertilizer demand is increasing globally, and it's use isn't optional. Soil nutrients have to be replenished if crop yields are to be maintained or improved, so PPL is working to turn its coal "waste" into a key input for a growing market.

The thing is, gypsum is also used in the construction market for things like plaster, wall board, and cement, so this "waste" product is already a perfect example of a coal burning byproduct being used in a way that's environmentally friendly. That includes offsetting the need to mine gypsum, in addition to replenishing vital soil nutrients.

The hard road
It's easy to look at an old coal plant and say that this abundant and cheap fuel is too dirty and shouldn't be used. But that could turn out to be a very shortsighted view. Southern, KBR, Liquid Light, Charah, and PPL are all working hard to turn what is now viewed as waste into increasingly valuable products. We need to keep the pressure on coal to clean up its act, but don't get so caught up in that effort that you miss the advances taking place that could turn coal into an environmental good guy.

Investing is about having the wisdom to look deeper than the surface of the water...