Please ensure Javascript is enabled for purposes of website accessibility
Free Article Join Over 1 Million Premium Members And Get More In-Depth Stock Guidance and Research
By Justin Loiseau - Mar 20, 2014 at 9:12AM

After dropping 2.8% the previous week to a three-month low, analysts were pleasantly surprised, having expected claims to push back up to 325,000. 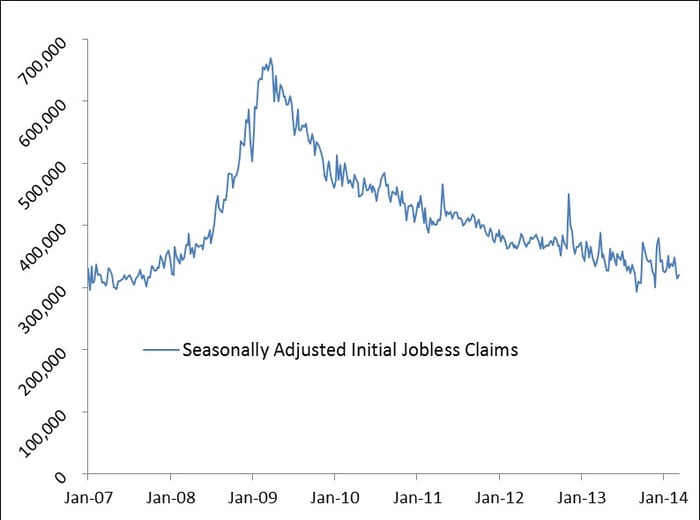 On a state-by-state basis, New York, Michigan, California, and Connecticut recorded decreases of more than 1,000 initial claims for the week ending March 8 (most recent available data). New York was by far the leader, with fewer transportation and warehousing layoffs contributing to a 17,550-initial-claim drop.

For the same period, only Pennsylvania registered an increase of more than 1,000 initial claims. Food service job cuts, as well as administrative and support layoffs, contributed to a 1,960-initial-claim increase.

About 3.35 million people received unemployment benefits as of March 1, the latest figures available. That's about 101,000 fewer than the previous week.

2 Hot SaaS Stocks Just Reported Earnings, but Only This One Is Soaring