BP's Gulf of Mexico legacy continues to be a drag, but a recent “win” in the region suggests that things are slowly getting better.

BP (BP 0.19%) is still suffering from the overhang of the Deepwater Horizon oil spill. On the legal front, it just lost a case that will hit the company's checkbook. However, on the regulatory front it just got some good news.

Long lasting
BP isn't the only international oil company to have experienced an oil drilling disaster. Moreover, it isn't the only company that's seen its fortunes change materially because of such unexpected events. For example Royal Dutch Shell (RDS.B) has found nothing but ill-fortune off the shores of Alaska. 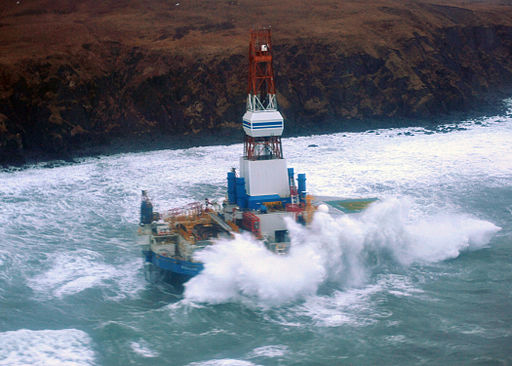 Shell's most public problem was the 2013 grounding of the Kulluk drill ship. However, that was merely the capstone event on a difficult journey that reportedly cost the company $5 billion over seven years. After Kulluk, the company halted its drilling plans and recently announced that it wouldn't be drilling in 2014, either. Now there's even questions circulating about whether or not the U.S. government overstepped its bounds by opening up the region to drilling.

This was a big bet for Shell that hasn't turned out very well. While Shell has the financial wherewithal to take the hit, it's one of many the company is dealing with. Which is why its shares trade at a discount to better situated competitors like ExxonMobil (XOM -1.83%) and Chevron (CVX -4.44%).

You lose some you win some
For BP, the recent loss was in a court case over the legitimacy of damage claims from businesses supposedly affected by the Gulf of Mexico spill. Essentially, BP wanted claimants to provide proof that the spill was to blame for claimed losses. According to Judge Leslie Southwick, however, "The settlement agreement does not require a claimant to submit evidence that the claim arose as a result of the oil spill."

That's a problem for BP because it agreed to the deal, perhaps in a rush to curry public favor and to get the issue behind it as quickly as possible. Now that decision is coming back to haunt it. But all news isn't bad out of the Gulf of Mexico.

BP's big win in the region was with the Environmental Protection Agency (EPA). The EPA essentially locked BP out of the Gulf in 2012, citing a, "lack of business integrity," largely related to the Gulf spill. However, the two have come to terms and BP, under the supervision of an EPA-approved auditor, can start working the region again.

This too shall pass
Clearly BP has a good news/bad news situation in the Gulf. However, it looks like things are slowly getting better. And don't forget the old saying that, "this too shall pass." Every year the Gulf issue will get less burdensome. In fact, Exxon is probably the poster child for surviving such disasters.

The company's Valdez oil spill was, at the time, a massive assault on the company's image and finances. The issue lingered for years, but today Exxon is well past it and is considered one of the leading international oil companies, if not the leading global driller. That's why it yields around 2.7% and BP yields about 4.8%. For comparison, Shell yields about 5%.

Even Chevron, which yields about 3.5%, has a cloud over it related to drilling troubles in Ecuador. Those events took place at a company that Chevron bought prior to Chevron's purchase. However it's lingered for decades. On this front, Chevron just had a notable win in U.S. court when a judge ruled that the soap opera like trial that led to a $9 billion judgment against Chevron in Ecuador was, "obtained by corrupt means." This marathon case, however, is far from over.

Aggressive investors only
BP is clearly righting the ship, but it still has plenty of issues to deal with. The Gulf spill is a big one. Conservative investor are probably better off with Exxon or Chevron. High-yielding Shell may be a better option, too, because its main troubles are operational, a fact about which the company's new CEO is well aware. Still, for aggressive types, BP may be worth the bet that, "this too shall pass."

Reuben Brewer has no position in any stocks mentioned. The Motley Fool recommends Chevron. We Fools may not all hold the same opinions, but we all believe that considering a diverse range of insights makes us better investors. The Motley Fool has a disclosure policy.