Reaction this earnings season has been mixed for Chinese solar stocks. How will ReneSola fare? Find out here.

ReneSola (SOL -1.38%) will release its quarterly report on Monday, and investors have been hopeful that the Chinese solar company can participate in the rebound that the industry has seen recently. Yet even as peers JinkoSolar (JKS -0.83%) and Trina Solar (NYSE: TSL) have done a good job of producing encouraging results, less positive results from Yingli Green Energy (NYSE: YGE) show what's at stake for ReneSola in making sure it takes full advantage of the opportunity in China's solar industry while it lasts.

ReneSola has struggled for years, with its heavy debt load and weak margins putting it at a competitive disadvantage to stronger companies like Trina and JinkoSolar. Yet more recently, greater demand for solar modules has put a floor under prices, and a shakeout among the large number of Chinese solar companies has started to separate the winners from the losers. Which camp will ReneSola fall into? Let's take an early look at what's been happening with ReneSola over the past quarter and what we're likely to see in its report. 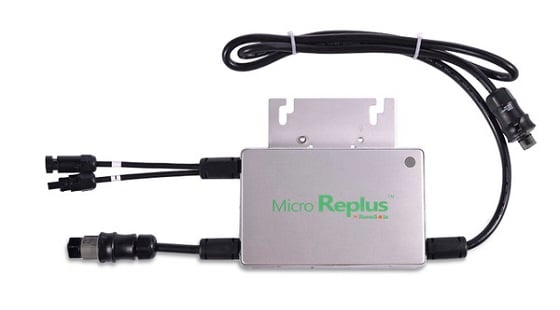 Can ReneSola earnings deliver a surprise profit?
In recent months, analysts have kept steady on their views for ReneSola, still expecting losses to persist throughout 2014 despite the likelihood that they could narrow substantially. The stock has been more optimistic, soaring 45% since mid-December.

ReneSola's most recent quarterly results showed the struggles that the solar company is having keeping up with its peers. Although the company posted only a small loss for the quarter after adjusting for a one-time impairment charge, ReneSola's gross margins came in at just 8.1%, well below what Trina and Yingli posted for that quarter. Given the extent to which conditions in the industry had already improved, ReneSola's failure to earn a profit is troubling, although the company has had to deal with the tough transition from supplying polysilicon and wafer raw materials to becoming a maker of solar modules.

The bigger concern has to do with ReneSola's future guidance. Even with its ongoing efforts, ReneSola only expects gross margins to rise to the 9% to 11% range this quarter. That will leave it well behind its best competitors, extending the period during which it continues to lose money even as many of its peers become profitable.

Still, ReneSola has managed to get some big projects into its pipeline recently. In January, the company signed a 420 megawatt contract with a project developer in Japan, which has been a hot market for solar recently and boasts higher margins than are available elsewhere. It also made a 32 megawatt module sale for use in U.K. power plants, and earlier this month ReneSola followed up with a big shipment of solar modules to Italian company Tozzi Sud, proving its worldwide scope in getting deals.

In addition, ReneSola has some prospects in the micro-inverter market. With residential projects in the U.S. typically using micro-inverters in order to maximize individual panel production, ReneSola hopes that it can compete against micro-inverter specialist Enphase Energy (ENPH 2.45%), which recently topped the 100 megawatt mark in quarterly shipments for the first time. Having that dual specialty will give ReneSola some diversification that other module makers lack.

In the ReneSola earnings report, watch to see how well the company does in keeping sales volumes up and avoiding further impairment charges. ReneSola must demonstrate its ability to raise its gross margin if it wants to compete effectively against Yingli, Trina, and JinkoSolar and survive the Chinese solar shakeout.

Click here to add ReneSola to My Watchlist, which can find all of our Foolish analysis on it and all your other stocks.

Dan Caplinger has no position in any stocks mentioned, and neither does The Motley Fool. We Fools may not all hold the same opinions, but we all believe that considering a diverse range of insights makes us better investors. The Motley Fool has a disclosure policy.