What's the deal?
General Electric just inked a 50/50 joint venture with heavy machinery maker Komatsu (OTC:KMTUF) to build underground mining equipment. The two have been working together on above ground dump trucks, with GE's Transportation division lending its expertise in electric drive systems. Now, it will provide that expertise to Komatsu's underground equipment. 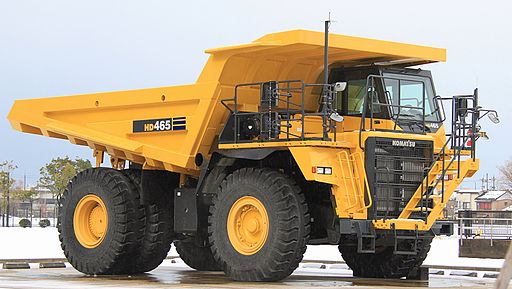 This deal comes at around the same time that GE announced a "breakthrough" in battery technology for mining equipment. Its Durathon battery has successfully powered a mining scoop at Coal River Energy. "The battery is 25 percent smaller and 50 percent lighter than traditional batteries..." and provides, "...at least 40 percent more operating range." It's no wonder that Komatsu wants to get in bed with GE on this one.

But isn't mining on the outs?
The interesting thing is if you look at Joy Global and Caterpillar, mining equipment appears to be a pretty tough industry right now. Low commodity prices have left miners pulling back on big projects, which means less spending on mining equipment. The proof is in the pudding; Caterpillar saw a nearly 50% drop in mining equipment sales in the fourth quarter of last year. While, at the same time, Joy watched sales fall 25%. Neither company is calling for better results this year.

In fact, Caterpillar has specifically said sales will stay at around the fourth quarter level throughout 2014. Joy, meanwhile, has been cutting jobs and closing facilities, hinting that these efforts aren't over yet. Why would GE want to get more involved?

Commodities make the world go round
Commodities are a cyclical business, with supply and demand playing an often painful dance that almost always goes to extremes. However, you can't build things without iron ore, copper, metallurgical coal, etc. So there's an underlying demand that will, at least for the foreseeable future, be there to support miners.

In fact, even though the mining industry is in the doldrums, Rio Tinto and BHP were both profitable last year. Rio earned almost $2 a share, bouncing back from an over $1.50 a share loss in 2012. BHP, meanwhile, earned $1.45 in the first six months of its fiscal year (BHP's fiscal years end in June), up 30% over the prior year.

Changing the technology
So there's still enough demand for commodities to keep big miners profitable. They will eventually have to spend some money to replace worn out parts and equipment. In fact, even though Caterpillar and Joy are retrenching, they both made money last year, too. Caterpillar earned $5.75 a share and Joy made just under $5 a share.

So it makes sense that GE is still excited about the space. However, you should take a deeper look at what's going on. GE isn't trying to build yet another machine to haul minerals and dirt. It's adding technology to machines that Komatsu is building. The battery advance in GE's mining scoop is the big story, and it's the type of advance GE is trying to bring to more machines.

Commenting on the Durathon battery test, Prescott Logan, general manager of GE Energy Storage, stated that the advance will allow GE Mining to, "...deliver higher efficiency and productivity to mining customers worldwide while lowering fuel use, emissions and life-cycle cost." And the battery, "contains no lead acid materials. This eliminates the release of gases when charging, removes explosive fuel sources underground and reduces mineworker exposure to diesel particulate matter..."

Here's another mundane industry being changed by technology...