Please ensure Javascript is enabled for purposes of website accessibility
Free Article Join Over 1 Million Premium Members And Get More In-Depth Stock Guidance and Research
By Tamara Walsh - Mar 24, 2014 at 12:00AM

Lululemon Athletica launches a new athletic apparel line that could transform the company into a lifestyle brand.

Quality control issues and product recalls left lululemon athletica ( LULU -3.32% ) battered and bruised in 2013. Then there was the sudden departure of the company's beloved chief executive, Christine Day, whom was replaced by Laurent Potdevin in January 2014. The yoga apparel maker's stock has fallen more than 35% in the past six months because of these setbacks. However, there could be blue skies ahead for the company if its new lifestyle apparel line is a hit with consumers. 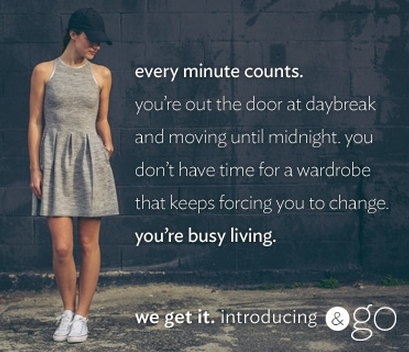 Lululemon hopes its new apparel line will inspire customers to wear its clothes both in and out of the gym. Thoughtfully designed pieces such as the "Here To There Pant" are meant to take you from the bike to the boardroom in a zip, according to lulu. Still, at $118 a pair, these tailored slacks cost more than 40% more than lululemon's signature luon yoga pants. Nevertheless, consumers may be willing to justify the cost if they're wearing the product outside of the gym -- think happy hour or casual Friday at the office.

The upscale athletic gear company already caters to a more affluent crowd than rival brands such as Gap's Athleta or Victoria's Secret. However, repositioning itself as more of a lifestyle brand could open a new runway of growth for lululemon. The Canadian company has done a good job expanding beyond its niche yoga wear lately. It added new product categories including biking and tennis last year, while also continuing to aggressively push into menswear.

As part of its new "& Go" line, lulu is offering flirty sundresses, sexy tights, peplum adorned tops, and tailored shorts and pants. This could help lululemon regain traction with customers and investors alike as it heads into fiscal 2014. We'll get a better glimpse into the health of lulu's business later this week when the company reports its fiscal 2013 fourth-quarter and full-year results before the market opens on Thursday.

What analysts are expecting
Wall Street is expecting lululemon to earn a fourth-quarter profit of $0.72 a share, on revenue of $516.80 million in the period. However, if history is any indication, we should see lulu top estimates for the quarter. The company has, in fact, beaten analyst estimates for the past four straight quarters. Of course, there's no guarantee lulu will come out on top this time. After all, management lowered its fourth-quarter guidance in January to reflect slowing sales and traffic at its stores.

The company now expects Q4 revenue between $513 million to $518 million, which is down from its previous forecast for net revenue in the range of $535 million to $540 million. Management also lowered its profit outlook and now expects earnings per share of $0.71 to $0.73 for the quarter, down from prior EPS guidance of $0.78 to $0.80 in the period.

It will be too early to tell how lululemon's new fashion line is resonating with customers when the company reports on Thursday. However, it is encouraging to see the brand return to its innovative roots. Nevertheless, it will be interesting to see how Mr. Potdevin is settling in to his new role as lululemon's CEO.