Despite a relative lack of diversity in its brands, Ralph Lauren is still managing to grow at healthy levels by focusing on brand strength and international markets.

In the competitive world of fashion retail, the strongest protection against encroaching competition is brand strength. For as long as I can remember, Ralph Lauren ( RL -0.28% ) has been a popular American brand among men and women. With a surprisingly diverse set of spinoff labels, the company remains an interesting and more focused growth alternative to competitors like PVH ( PVH 0.25% ) and VF ( VFC 0.34% ). 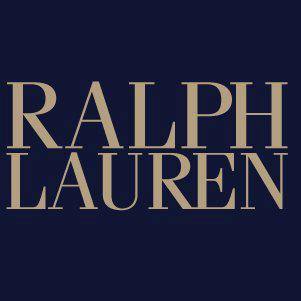 Meanwhile, companies like PVH and VF have grown over the years mainly through aggressive acquisition. PVH's brand lineup includes popular names like Calvin Klein, Tommy Hilfiger, Van Heusen, and IZOD. VF's, which is possibly the strongest brand lineup in all of retail, includes popular outdoor brands like The North Face, Timberland, and Jansport as well as Vans, Wrangler, and Lee.

While a relative lack of brand diversity means that Ralph Lauren is overly dependent on its namesake brand, it is more focused than its two main competitors. Ralph Lauren management can keep the majority of its focus on strengthening and growing its core brands, which is easier since many of them overlap with each other.

Constant reinvention
Over the years, Ralph Lauren management has displayed a unique ability to constantly offer new additions to its product line to foster growth. It has done so without alienating its core consumer base.

With an ability to consistently reinvent the company's signature brand for new consumers while maintaining its charm for existing customers, Ralph Lauren simply has no need to become overly diversified currently.

Solid growth
Ralph Lauren's more organic approach to growth is translating into solid revenue and earnings-per-share increases. The following is a breakdown of the company's growth projections for the next year compared to PVH and VF:

Ralph Lauren is expected to lead both listed competitors in terms of revenue growth over the next year. However, the company's EPS growth rate of 9.7% lags those of PVH and VF.

Growth drivers
Since organic growth is Ralph Lauren's focus, the company is busy trying to expand its brands into new markets. Its international focus is on Europe and Asia.

Management feels that European markets, which account for approximately 20% of total revenue, are close to returning to the strength they were at prior to the financial crisis. Nemerov explained, "We are pleased the region's economic climate has stabilized to a point where we feel more confident about returning to our pre-recession trajectory."

In Greater China, management is busy expanding the company's distribution points. In the fall, Ralph Lauren will open a 20,000 square foot flagship store in a wealthy part of Hong Kong. This should expedite the already positive feedback Ralph Lauren is seeing from Chinese consumers in other markets. The company also is beginning a multi-year plan to open Polo stores throughout Greater China.

This expansion is only possible due to the company's strength in the Americas, which account for two-thirds of Ralph Lauren's total revenue. The Americas grew sales by double digits on strong performances from the wholesale and retail businesses.

Nemerov explained, "Given the scale of the Americas, this growth is clear proof that our winning combination of terrific product, thoughtful planning and merchandising, and powerful brand presentation leads to sustained market share gains."

Bottom line
Ralph Lauren is unique compared to PVH and VF in that it seems content to grow mainly organically. Management has done this well in the past, and all signs indicate that the team is positioning the company for further success in this regard.