Sales of new single-family homes fell 3.3% to a seasonally adjusted annual rate of 440,000 for February, according to a Commerce Department report (link opens a PDF) released today. After January's rate clocked in at a solid revised 455,000, this latest report came in exactly where analysts had expected: a slower 440,000, the slowest pace in five months. 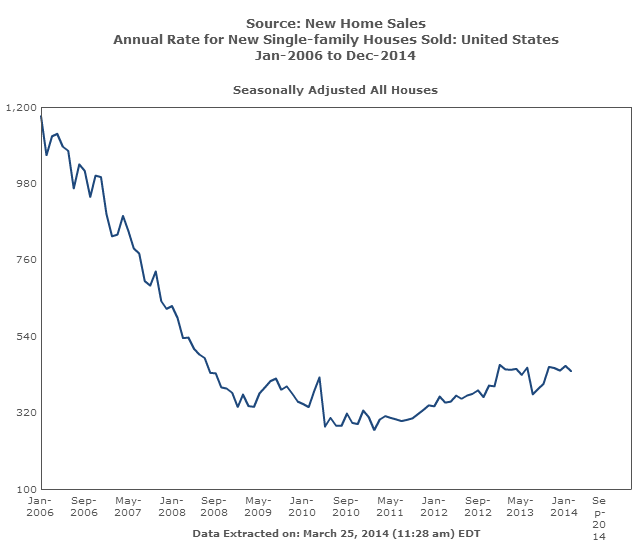 On a regional level, new homes sales both soared and stumbled. Northeast sales fell 32.4% from January, while Midwest sales jumped 36.7%. New home sales in the South stayed relatively steady (-1.5%), while West sales fell 15.9%. In the past 12 months, national sales of new homes have fallen 1.1%.

Despite the seasonal hit by a cold winter, sales are still on track to exceed the 428,000 total from 2013, when they rose 16.3% to their highest level in five years