As Wal-Mart competes against its competitors Costco, Target, and even Amazon.com, in order to understand Wal-Mart in 2014 an analysis of what Wal-Mart really does today may help.

Over the past year, Wal-Mart ( WMT -1.40% ) has been catching increasing amounts of heat for its labor practices, unorganized and messy stores, and lack of earnings execution.

For several years, Wal-Mart competed primarily against Costco ( COST -2.79% ) and Target ( TGT -2.13% ). Recently though, traditional bricks-and-mortar retailers have been pressured by online retailers like Amazon.com. As a result, Wal-Mart, Costco, Target and many other retailers have evolved their businesses to meet the needs of today's retail shopper.

This past week, Wal-Mart shook up the gaming industry when it announced its entry into the used video games market. To better understand where Wal-Mart is headed, we need to take a brief look at the real Wal-Mart today.

The new Wal-Mart is a lot different from the old Wal-Mart.  Credit: Wal-Mart.

Despite the drag the weather caused for fourth-quarter earnings, Wal-Mart still increased its net sales 1.6% to $473 billion for the year. Due to store closings in Brazil and China as well as other expenses throughout the year, however, net income for fiscal 2014 fell 5.7% to $16 billion.

Similarly, Costco and Target have dealt with their own individual problems which affected their bottom lines recently.

Target will be addressing its 2013 data breach over the next several quarters. Target recorded $61 million in expenses last quarter as a result of the breach. The data breach came in addition to the problems that the company has had in expanding into Canada.

Wal-Mart currently has 30% of the U.S. grocery market. Credit: Wal-Mart.

What does Wal-Mart really do?
Despite the reduction in the Supplemental Nutrition Assistance Program, or SNAP, which helps Wal-Mart's lower-income customers to buy groceries, Wal-Mart's grocery segment gained 24 basis points in market share last quarter. Furthermore, Wal-Mart has a nearly 30% share of the U.S. grocery market. By comparison, the 2,640 Kroger supermarkets control less than 10% of the U.S. grocery market.

Wal-Mart ranks in the top five when it comes to prescription drug revenues at nearly $18 billion annually.

If you need your eyes checked, you or someone you know likely goes to Wal-Mart. With annual revenues of almost $1.5 billion, Wal-Mart stands behind Luxottica Group as the second-place optical player in the U.S.

Most customers still see Wal-Mart as primarily a bricks-and-mortar retailer. However, in the past couple of years the company has strengthened its online business for both its Wal-Mart and Sam's Club segments.

$1.5 billion annually in revenues through prescriptions. By Deborah Austin, via Wikimedia Commons

In the past 6 months, Wal-Mart has launched three more fulfillment centers to make shipping quicker and more cost-efficient. Global online sales grew 30% to over $10 billion in FY 2014 and the company expects similar growth in this fiscal year. In late February, Sam's Club began testing a new service that would rival Amazon.com's Subscribe & Save program.

Even though Wal-Mart has increasingly built bigger and bigger supercenters, on its recent conference call it announced a shift in philosophy toward smaller Express and Neighborhood Market concepts which take up less than a fifth of the space used by traditional Wal-Mart stores. The small stores could attract customers who want to get in and get out with the one or two items they want to purchase.

Video games, outdoor supplies, and gardening too?
Now Wal-Mart plans to allow customers to trade in used video games across 3,100 stores in exchange for anything it sells at its retail stores or its online operation. Based on what Wal-Mart currently does in its other segments, companies like GameStop should not underestimate what it may do to the gaming industry.

2nd only to Luxottica Group in optical-related sales. By Dori, via Wikimedia Commons

Unlike GameStop, Wal-Mart gives customers the option to select from a wide range of non-game-related items. This might be a big positive for older gamers who wish to get rid of their favorite pastime to pursue newer hobbies and goals.

The market knows well about Wal-Mart's potential, and shares of GameStop fell 5% after the announcement. The $2 billion spent annually on used games could give Wal-Mart another revenue stream for the next several years.

Like GameStop, Home Depot  and Lowe's have also taken notice of Wal-Mart's rapidly evolving business model. This week, Wal-Mart made plans for the first time ever to offer "Black Friday" prices on more than 60 outdoor and gardening items this spring.

Bottom line
So what does Wal-Mart do? It does a little of everything, and does it well. Wal-Mart dominates the grocery market in the U.S. while it ranks in the top five for several auxiliary businesses that include prescription drugs, vision care, and online retail.

Now Wal-Mart has plans to further improve its online retail segment further while it also enters into segments which have been long-dominated by GameStop, Home Depot, and Lowe's. 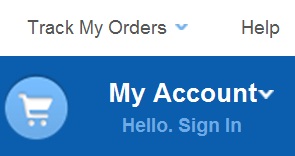 Wal-Mart has disappointed shareholders for the last several quarters. However, if you understand Wal-Mart in 2014, you might see that it could have very bright future potential.