During the last year, yoga-apparel maker lululemon athletica (NASDAQ:LULU) has faced numerous challenges to its growth. From a massive recall of its signature yoga pants to the resignation of CEO Christine Day and the ousting of founder Chip Wilson over idiotic comments, all of which hurt lululemon's brand and stifled overall growth, the company and its shareholders were probably relieved to see 2013 end.

Even in a new year, the company's share price has struggled and is down approximately 15% since January. However, management at lululemon is trying to expand the company's brand in numerous ways. If successful, lululemon may finally be able to end its losing streak and start rewarding shareholders once again. 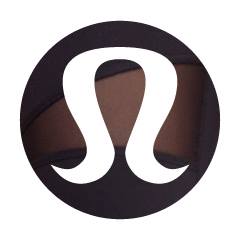 New lines
At the heart of management's expansion strategy is the introduction of new product brands. Lululemon has two major launches that warrant monitoring. The first brand is the &go line, the company's attempt at creating versatile yoga attire.

Products from the new &go line are designed for use at the gym or yoga class, as well as working environments and after-work social settings. The company wants to eliminate the need for its consumers to change out of workout clothes to continue their daily activities.

Lululemon's website describes the idea behind the &go line:

You're out the door at daybreak and moving until midnight. You don't have time for a wardrobe that keeps forcing you to change. You're busy living.

While it may be a stretch, pun very much intended, to wear the same clothes you work out in to a bar, the idea behind the brand is likely something different. With the &go line, lululemon is offering more fashionable clothing, which will likely help the company branch out into casual atmospheres.

Similar to the way athletic apparel, footwear, and accessories maker Under Armour (NYSE:UAA) went from a male-centric, niche sports provider to a brand that now reaches male and female, youth and adult, and athletes and causal folk, lululemon is likely looking to broaden its consumer base in the same way. It's not at all uncommon to see Under Armour's attire, like collared shirts and pleated pants, being worn at bars and office settings. Soon, lululemon could have the same broad appeal through &go.

The second brand is iviva athletica, which is a yoga line that targets young girls between the ages of 6 and 15. Offering sizes from 4 to 14, the brand's yoga pants, leggings, leotards, and other wares are made from the same materials as lululemon's signature apparel.

Similar to the way lululemon hosts various in-store and social events, which have fostered a strong sense of community around the yoga brand, iviva offers many classes at its stores to young girls. The main idea here is to attract women at a young age to lead a more active lifestyle. In addition to being healthier, these young women will likely remain lululemon customers for a while.

This approach is also similar to the one employed by Under Armour over the years. The company's targeting of youth has been met with great success. By heavily supporting popular sports like football and baseball, Under Armour has become ingrained in America's youth. Seemingly everywhere you look now there's a young child wearing Under Armour's signature workout gear, and that's simply a testament to brand strength.

These expansion initiatives should contribute to further growth for lululemon. The company is expected to grow well into the year ending January 2015; revenue is projected to increase 15.9%, and earnings per share are expected to increase 16.4%. Although lower than Under Armour's respective growth rates of 23.7% and 23.3% in the same time period, lululemon trades at a forward P/E of only 22.8, compared to Under Armour's 52.59.

Still more work to do
For as much as lululemon's new strategy is expanding the company's reach, there's more work that needs to be done. Lululemon's brand is still way too dependent on female consumers, especially compared to competitor Under Armour, which has excelled in recent years branching out to women. Management needs a clearer way to attract the other half of the world's population into its stores.

However, a turnaround has to start somewhere, and this is likely the beginning for lululemon. The current changes being made indicate that management is aware of brand limitations and actively looking to rectify them. Patient investors might do well to consider picking up shares of lululemon at current levels for long-term growth.