With Facebook's $2 billion acquisition of Oculus VR, the company is continuing to spend billions on questionable acquisitions. This is starting to remind me of another tech company that overspent on acquisitions and suffered because of it - Hewlett-Packard. 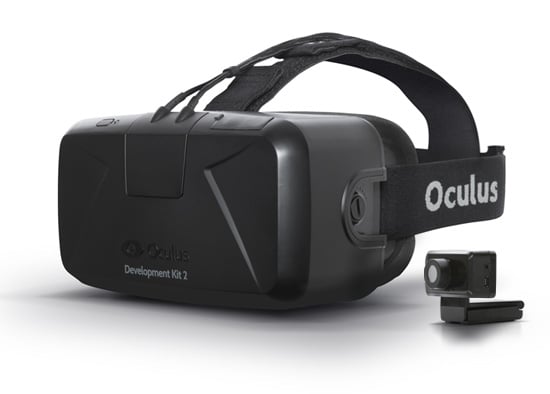 Facebook ( FB 3.60% ) has not been shy about making big acquisitions over the past few years. The recent purchase of Oculus VR, the company behind the Oculus Rift virtual reality head mounted display, is a continuation of this trend. The 2012 acquisition of Instagram for $1 billion started the spending frenzy, with Facebook then spending $19 billion on WhatsApp and $2 billion on Oculus. There have been some smaller acquisitions along the way as well.

None of these companies had any meaningful revenue when they were acquired. Oculus doesn't even have a product yet, just a prototype, so it's difficult to see how these acquisitions add any value to Facebook. One could argue that Facebook simply has a long-term vision, and that its active users and far-off potential matter more than revenue and profits. Facebook is starting to remind me of another tech giant, though, one that nearly dug its own grave by overspending on a slew of poorly thought out acquisitions. Facebook is starting to remind me of Hewlett-Packard ( HPQ -2.32% ).

Facebook's acquisition strategy
Facebook was not the first social network, but it was the first to become large enough to create significant switching costs for its users. With well over 1 billion monthly active users worldwide, network effects have allowed Facebook to remain relevant for far longer than previous social networks like MySpace.

This doesn't mean that Facebook will remain relevant forever, though, and Facebook's acquisition of Instagram was more defensive than anything else. As Instagram started to become to standard way to share photos, Facebook bought the company in an effort to prevent a serious competitor from threatening its core business. The $1 billion price tag seems like a lot, but Instagram has the potential to eventually generate plenty of revenue from ads. The problem is that users may switch to a different app at any time, much like they switched to Instagram in the first place.

Facebook's $3 billion offer for Snapchat followed the same strategy, buying a popular app that threatened its core business. Snapchat turned the offer down, but the escalating price tag should be a real concern for Facebook investors. Snapchat had become very popular, but monetizing it would have likely been far more difficult than monetizing Instagram, given the fleeting nature of the shared images.

Then came the $19 billion acquisition of WhatsApp, the most popular messaging service for smartphones. WhatsApp has more than 400 million users, and it charges $1 per year to send messages over the Internet (in turn saving customers money by not having to buy a texting plan.) Facebook already had a competitor, called Facebook Messenger, but it never achieved the same level of success.

While WhatsApp is extremely popular, its usefulness depends on wireless carriers maintaining the current strategy of separate charges for text messaging, voice, and data. If carriers begin charging a single fee for all of these services, which is likely inevitable if services like WhatsApp become too large, then WhatsApp's business model completely falls apart. The $19 billion price tag, valuing each user at more than $40 each, is downright insane.

In each case, Facebook spent billions on acquisitions in order to prevent the bleeding of users to other services. This is a strategy that is unsustainable in the long-run. The barrier to entry for these types of apps is low, and new competitors are popping up all the time. Facebook can't buy them all.

The Oculus acquisition is a different story. Facebook clearly has some sort of long-term vision for how virtual reality can be used for social interactions, but spending $2 billion on a company that has never actually shipped a product and is years away from any revenue is a terrible idea. Virtual reality, while an interesting technology, seems more likely to be a niche product than a mainstream one. On top of that, competition from Sony, which plans to launch a VR headset in 2015 for its PlayStation 4, means that even if VR does take off, Oculus may not be the leader.

This reminds me of HP
Hewlett-Packard has a history of making terrible, expensive acquisitions, and it seems to me that Facebook is falling into the same trap. In 2001, HP spent $25 billion on Compaq, a PC manufacturer. Today, HP's entire PC division generates just shy of $1 billion in operating profit, and HP hasn't used the Compaq brand name in years. In 2010, HP spent $1.2 billion on Palm for its smartphones. HP then sold webOS, Palm's smartphone operating system, and it no longer sells phones at all.

In 2010 and 2011 alone, HP spend more than $18 billion on acquisitions. The result? Declining revenue and declining profits. The situation has improved a bit since Meg Whitman took over as CEO, but HP is a good example of how relying on expensive acquisitions can lead a company astray.

This is exactly what Facebook is doing now, making expensive acquisitions instead of innovating on its own. Just like HP got into trouble with this strategy, Facebook will as well.

The bottom line
Facebook seems to be following a strategy of simply attempting to buy whatever happens to be popular, be it an image sharing app, a messaging app, or a hardware company with a hyped-up prototype and little else. Between Instagram, WhatsApp, and Oculus, Facebook has spent $22 billion, mostly in stock, for negligible revenue and the hope that these acquisitions will eventually add value to the company. Hope is not a strategy, and although the company surely has some sort of vision of the future where these acquisitions make sense, I'm not holding my breath.