After the company issued soft guidance at its recent investor's conference and received a downgrade from Wunderlich Securities, shares of Panera Bread Co. (NASDAQ:PNRA) dropped over 7% on March 26. The firm lowered its price target for Panera to $190 from $205 and cited "volatile operating performance" that does not justify the company's current market valuation.

However, Panera still has a solid plan for long-term growth going forward and management has even been revamping the company's customer service platform, which could increase in-store foot traffic and boost sales. With the company now trading at a discount to many peers, the time seems right for investors to consider buying shares of Panera for long-term growth. 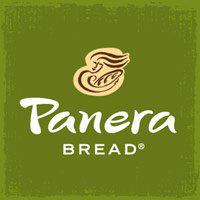 The downgrade
Analyst Robert Derrington explained why he downgraded Panera after the company offered guidance in a recent investor's conference. He expressed caution on the company's new growth plan:

While that plan ultimately is expected to contribute to stronger SSS, margins are guided lower and EPS is more lumpy and less predictable as management suspended its 15-20% longer-term EPS guidance. Given its expected more-volatile operating performance, we prefer to take a more cautious wait-and-see approach with our investment.

However, Derrington's call could very well end up being premature because Panera affirmed its previously issued first-quarter and full-year 2014 earnings growth targets. Management at Panera still expects EPS for the first quarter in a range of $1.49-$1.55 and full-year EPS in a range of $6.80-$7.05. Management also expects same-store sales growth at company-owned locations to increase 2%-4%, which is in-line with prior guidance.

Derrington noted that the management at Panera refused to give EPS guidance for 2015 and beyond, and also noted that recent investments made by the company may impact margins and earnings in the short to medium-term.

The opportunity
Ironically, shares of Panera dropped because the company has better prepared for growth down the road, forsaking short-term earnings power in the process. While it definitely results in a bit of a risk and a headache for shareholders in the near-term, the strategy looks sound for the long-term if it means that the company can continue along its growth trajectory.

Panera Chairman and Chief Executive Officer Ron Shaich explained, "We believe these initiatives will enable us to better meet our customers' ever-evolving needs and provide the platform for significant growth and expanded earnings."

The company primarily plans to improve its customer service, which is a large part of why consumers dine at Panera's in the first place. Known for its free Wi-Fi access and its community rooms at many locations, maintaining an inviting atmosphere is crucial for the company.

The in-store atmosphere at Panera's locations separates the company from competitors like Chipotle Mexican Grill (NYSE:CMG), which focuses on moving customers quickly and efficiently through its burrito-building process. While Chipotle is known for its tasty and healthy food, its stores are not known for their inviting atmospheres.

In this way, Panera remains relatively unique. Therefore, any enhancement to the customer service aspect of Panera's business will likely bring rewards for both the company and its shareholders.

Now a value
With the steep drop in share price, Panera has now become a cheap growth alternative to Chipotle Mexican Grill. The company has a forward P/E of 21, way below Chipotle's forward P/E of 35.35.

Bottom line
While many investors have been selling shares of Panera, savvy investors may want to consider buying them instead. The company's growth story remains strong and management has now illustrated that its primary concerns involve long-term growth. While the possible decline in short-term earnings may trouble some, Panera has done this to improve its growth trajectory.