Intel is shutting down an R&D facility in Barcelona, Spain. Is it time to panic?

While at NVIDIA's (NVDA 2.84%) GPU Technology Conference, I heard a rumor from two independent sources that Intel (INTC -6.41%) went ahead and closed an R&D center in Barcelona, Spain. At this particular R&D center, there was a team responsible for the development of the company's Xeon Phi (which is a high performance computing oriented processor), so naturally, many folks started asking some pretty serious questions about Xeon Phi's future.

What is Xeon Phi?
Xeon Phi is, today, sold as a separate add-in board that houses a massively parallel architecture. While it's viewed as a "bunch of X86 processors," it's actually an X86 processor with a very wide vector unit bolted on, which is responsible for the vast majority of compute capability. Of course, the X86 core is there to "feed" the beast and -- in the case of the stand-alone iterations of Xeon Phi -- to run the standard serial program code. 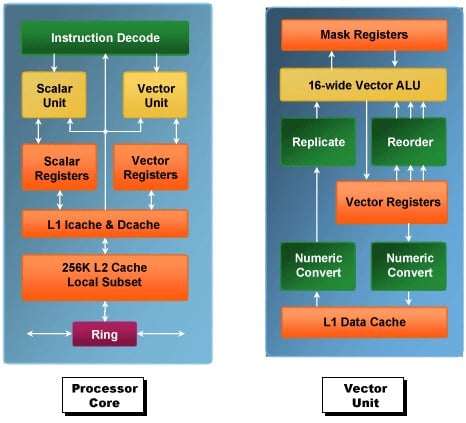 On the left is a Xeon Phi "core;" on the right is the vector unit. Source: Intel via ExtremeTech

Now, the company has been very bullish about the HPC market in general and, more importantly, Intel's role in that market. Today, the company participates very heavily by selling its Xeon E5/E7 processors into this space, and NVIDIA has made a fine business with its Tesla co-processors (based on its GPU technology) to be paired mostly with Xeons (although NVIDIA and IBM have been bullish about working together). With Xeon Phi, Intel wants a piece of NVIDIA's Tesla business (and according to NVIDIA's Analyst Day, the HPC & Data Center business is worth nearly $200 million/year).

What's going on with Xeon Phi?
So, now we have rumors that Intel is closing down one of the R&D sites for its Xeon Phi products, which, in turn, leads some to believe that Intel may be defocusing or even killing that line of products. Well, cutting through the noise and going straight to the source, I emailed Intel's Chuck Mulloy, Director of Corporate & Legal Affairs at Intel, and learned the following:

It seems extremely unlikely that Intel has any plans of cancelling the Xeon Phi lineup, particularly as the architecture looks like it's going to become quite exciting with the 14-nanometer variant, Knights Landing. Further, given that Intel's very serious about not leaving any stone unturned in the datacenter, it wouldn't be in the company's best interests to cancel Xeon Phi development at this stage of the game, and especially given that it can afford to continue development (datacenter group has operating margins nearing 50%).

Foolish bottom line
In a nutshell, don't panic. Intel is likely to continue Xeon Phi development for the foreseeable future, and given that the datacenter group is so profitable, Intel can afford to take chances and pursue products that might not seem to add a lot to the top and bottom lines today. (NVIDIA's Tesla business is less than $200 million/year, but it is growing very quickly.) Besides, Xeon Phi is based on Intel's Larrabee project -- one that, no matter what, seems to never die!