Please ensure Javascript is enabled for purposes of website accessibility
Free Article Join Over 1 Million Premium Members And Get More In-Depth Stock Guidance and Research
By Reuben Gregg Brewer - Mar 28, 2014 at 10:41AM

Some companies can't grow without asking the market for permission; it's an interesting way to keep tabs on management.

Most companies can fund growth with internally generated funds or by tapping the capital markets. Some companies, however, don't have the luxury of keeping cash around. That means they have to ask investors every time they want to spend big money. Although that's no instant cure for poor leadership, it does create a valuable check and balance on real estate investment trusts (REITs) and limited partnerships (LPs).

Building too fast
Krispy Kreme (NYSE: KKD) is an old brand that took on a new life when it came public in 2000. It went from a regional restaurant chain to national, virtually overnight. However, that expansion binge unraveled in under five years. There were all sorts of problems at the company, but a 2005 CFO.com article summed it up quite nicely when it asked, "Who was minding the store in the finance department?" You could also ask who was steering the ship, since it floundered on the rocks...

The resolve at Krispy Kreme involved an SEC inquiry, a lot of lost jobs, and a huge share price decline. The company appears to have gotten itself back into the groove, with sales and earnings heading generally in the right direction since 2010. Ten years, however, is a long time to spend in the wilderness. How might this story have been different if Kirspy Kreme had to ask investors for their approval every time it wanted to make an expansion push? 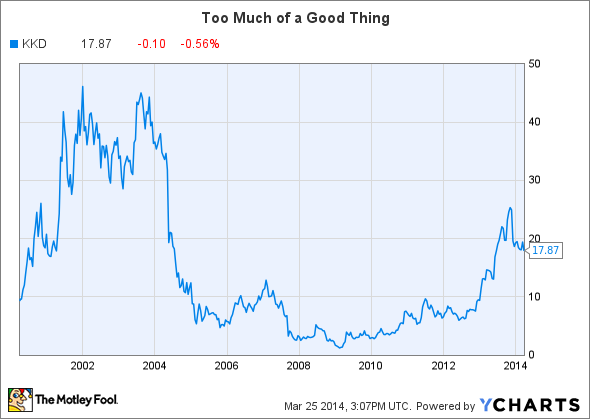 Legally required dividends
That's the exact situation that REITs are in . By law these companies have to pay out 90% of their earnings as dividends. That leaves very little cash for growth projects, so when REITs want to spend a lot of money they have to ask investors for cash. That usually involves issuing new shares.

The price of both AvalonBay and Equity Residential went down after the issuance, but hardly fell out of bed. That's not an uncommon trend for good companies making good investments. And, as the properties have been digested, the deal has proven to be a solid long-term positive. Although asking investors to fund every major acquisition or growth project doesn't guarantee success, it adds an extra level of investor oversight that most other companies don't have to deal with. 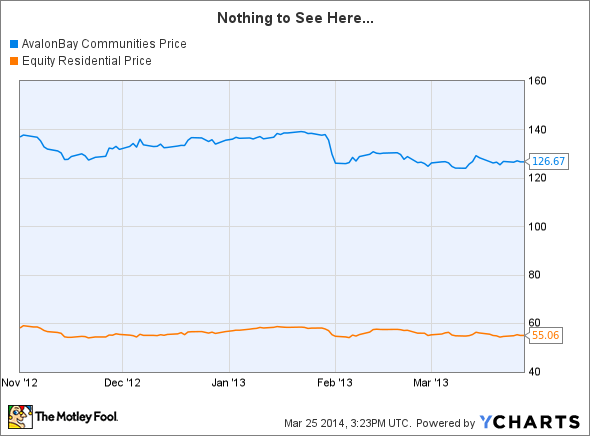 Paying big dividends, anyway
Although limited partnerships don't have the same distribution requirement as REITs, they do push out lots of cash to unit holders. This puts them in the same position as REITs, having to tap the capital markets for growth.

For example, industry giant Enterprise Products Partners ( EPD -1.34% ) has been focusing on internal growth projects of late and not big transformational purchases. However, that's required additional cash, a good portion of which has been funded with the sale of new units. Although it didn't make any major acquisitions in 2013, Enterprise Products Partners issued new units twice.

According to Michael Creel, CEO of Enterprise's general partner, "During 2013, we successfully completed and began operations for major growth projects totaling $2.3 billion of investment." Partially funded by unit issuance, these investments helped support the company's record net income and earnings for the year.

No panacea
This isn't to suggest that REITs or LPs are some kind of perfect investment. They aren't by any stretch of the imagination. However, Mr. Market plays an outsized role at these types of companies because they have to ask his opinion of their biggest decisions. That lets you get a read on what the market is thinking. You may or may not agree with Mr. Market's opinion, but at least when it comes to REITs and LPs you have the benefit of having it.

Here's another quick top-level check on a company...