Facebook (NASDAQ:FB) made some wild announcements this week. After revealing that it will be paying $2 billion to acquire a company that builds virtual-reality goggles, it announced a new Lab team made up of rocket scientists, plane designers, and laser communications experts to bring the Internet to hard-to-reach places. While it's great to see Facebook CEO Mark Zuckerberg try to change the world, will his bold and risky moves disappoint investors in the process? 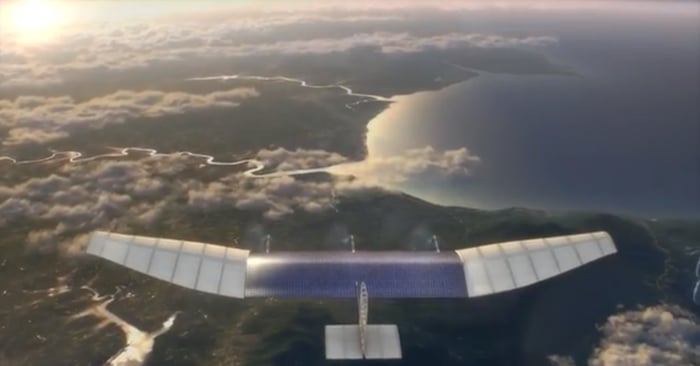 The market doesn't seem entirely happy with Facebook's new ambitions. While it's possible Facebook's daring aspirations could pay off at some point, there is also risk that these speculative investments may not work out. Apparently, the market feels the risk may be greater than the opportunity. The stock ended the week down about 11%.

The social platform of the future?
Facebook announced it was acquiring virtual-reality company Oculus VR on Tuesday.

Why did Facebook decide to buy a virtual-reality start-up at a wild valuation of $2 billion? A Facebook press release announcing the deal to acquire Oculus argued that virtual reality might become the "next social and communications platform." And Zuckerberg said in a Facebook post that he believes this social platform will be a big deal. He believes that "augmented reality will become a part of daily life for billions of people."

Zuckerberg may be right about the future of virtual reality. After all, he is obviously a smart guy. But the market isn't happy about the deal for a good reason; $2 billion is a big sum to pay. Even more, it follows the acquisition of WhatsApp, which still has investors scratching their heads. Just like in the Oculus deal, the price Facebook says it will be paying for the messaging service is disturbing. The deal is valued at $19 billion. 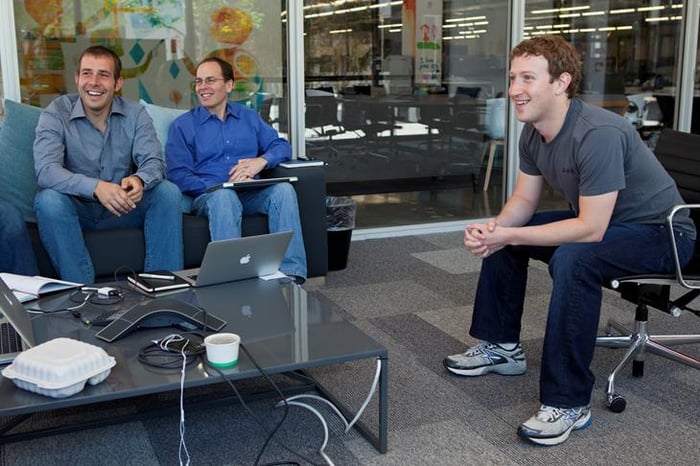 Reaching the 10% without Internet
Ending the week with a bang, Facebook announced Thursday that it is launching a team called Connectivity Lab under its Internet.org project that will be working on new aerospace and communication technologies, including solar-powered drones, satellites, and lasers. The initiative's initial focus will be to reach the 10% of the world's population in areas difficult to reach with traditional Internet solutions.

While there won't be any obvious benefit for Facebook in the near-term, there's potential over the longer haul. Bringing the Internet to the rest of the world will help build the knowledge economy and, in turn, solve many big social and economic challenges, Zuckerberg explains in a new in-depth update on Internet.org's progress and plans. If the world progresses, Internet companies like Facebook may, too.

A voiceover in Internet.org's new marketing video stated it this way: "So, what happens when the rest of us get access [to the Internet]? It doesn't get twice as good. It gets, like a bazillion times as good."

The project won't be cheap. To kick things off, Facebook is buying Ascenta, a company whose founders helped create an unmanned solar-powered drone. Then there is the human resources that will be required. Facebook says the team includes "some of the world's top experts from Ascenta, NASA's Jet Propulsion Laboratory, NASA's Ames Research Center, and the National Optical Astronomy Observatory." While it's not clear Facebook will be picking up the cost of the teams salaries, it's safe to bet that Facebook is at least contributing to the teams well-being partly.

All of this, of course, is once gain risky business.

A tough position for investors
Investors are left between a rock and hard place. While Facebook's mission to connect the world is noble, it is also risky. And regarding recent acquisitions, there certainly is potential; but best-case scenarios seem priced in at the valuations Facebook is paying.