Many individuals and investors know of the richest men in finance like Warren Buffett, George Soros, and Carl Icahn, who have a combined fortune of more than $110 billion. But there is something everyone can learn from the man who runs a hedge fund with over $150 billion, and who is worth $14 billion himself.

The man
Ray Dalio sits atop Bridgewater Associates, which is the Connecticut hedge fund he founded in 1975. It is now the biggest fund in the world, and manages money for pensions, university endowments, and sovereign wealth funds for countries. In all likelihood, many readers unknowingly have had their finances in one way or another tied to Dalio at one point in their life. 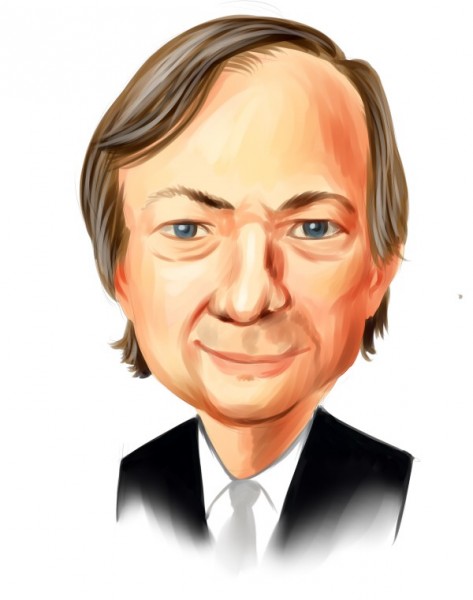 Yet unlike many of those in corporate finance, Dalio is a naturalist and a man who was once described as "Steve Jobs with a business school degree." He enjoys meditation, and seeks to tear down the standard walls of corporate culture, which often characterize firms in the financial industry, by employing a call for an open atmosphere.

In 2011 Dalio released a 123 page paper simply entitled Principles where he outlines not only what his own principles are, but also why he believes they are important. This followed his remarkable success during the financial crisis -- he predicted the collapse of the housing market in 2007 -- where many began to learn of his astounding success.

And while the firm is notoriously tight lipped about the moves it makes when it comes to managing money and where it allocates its resources, Dalio is happy to share the broader principals which guide his investing and his life, and he suggests "there are five things that you have to do to get what you want out of life."

2. Identify and don't tolerate the problems that stand in the way of achieving your goals.

4. Design plans that explicitly lay out tasks that will get you around your problems and on to your goals.

5. Implement these plans—i.e., do these tasks.

He then highlights that all five of these steps are unique, meaning the goals must be identified apart from the problems, each step requires different "talents and disciplines," and the process must be though through rationally instead of emotionally.

Dalio notes setting goals is often the hardest part of the process, but it's actually the most important, as "in order to get what you want, the first step is to really know what you want." From that point forward, the rest of the steps will in turn allow individuals to operate in a way ensuring the goals are realized.

The most important point
There is much to learn from Dalio -- after all the document is 123 pages -- but his first point is a critical one. All too often problems can be identified and diagnosed, plans can be designed, and steps can be taken all without a clear goal in mind.

In investing it is easy to see the stock market is falling, which is often viewed as a problem, and in turn seek to cut losses by selling out of the market entirely. But when the goal is financial security for retirement, which could still be decades away, it may in fact provide more reason to put money into the market.

At the height of the financial crisis in 2008, Warren Buffett said: "A simple rule dictates my buying: Be fearful when others are greedy, and be greedy when others are fearful." This statement is a powerful example of how he and why he has been so successful, because his decision was ultimately guided by the goals he had set.

While the need to approach life with clear goals in mind likely isn't groundbreaking news, it is something everyone needs to be reminded of.