The uninsured of America have just hours left to make a decision about health insurance coverage. March 31 marks the end of the open enrollment period for Obamacare's first year. The administration granted an extension of sorts for people who can't complete an application by that day's end due to either application or technical difficulties, but applicants will have to prove those circumstances, and it's not entirely certain how much extra time they'll have to complete the process.

Those who haven't chosen a plan yet still have a few options available. One of those options circumvents the government-sponsored health insurance exchange for a private exchange such as eHealth (NASDAQ:EHTH). 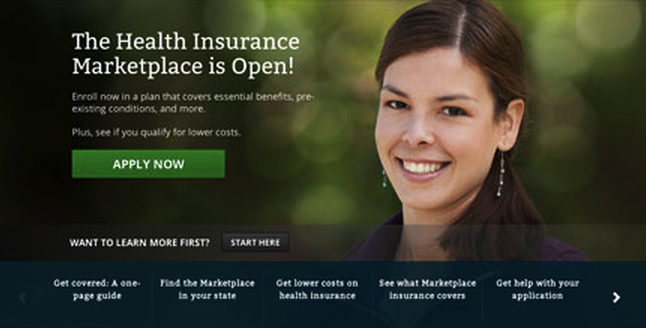 1. Check on your state's Medicaid expansion
Obamacare included the option for states to expand the Medicaid coverage umbrella to include individuals under the age of 65 with annual incomes of up to 133% of the federal poverty level. Due to some complicated issues with the expansion, it essentially covers those up to 138% of the federal poverty level. This works out to a bit over $16,000 annual income for an individual.

The government provides extra funding to states deciding to participate in the expansion, but the matter has become a hot-button political issue. According to the Advisory Board, 26 states have expanded Medicaid thus far.

How can low-income individuals who don't qualify under the older, stricter Medicaid terms find out about expansion eligibility? Either visit the official Medicaid website for the state of residence or fill out an application through the regular Obamacare health insurance marketplace, and the site will point qualifying individuals toward the matching Medicaid programs.

2. Pay the penalty
People who decide to remain uninsured during 2014 will likely face a penalty unless qualifying for an exception circumstance such as low-income. What will the penalty cost?

The penalty for 2014 will cost the higher of the following:

If someone is only uninsured for less than three months of a year, the penalty is waived. This helps out when people suddenly lose employer-provided coverage and need to turn to the health insurance exchanges. If a person is uninsured for longer than three months, the cost is calculated by multiplying 1/12 the full penalty to the number of months uninsured.

The penalty for each year is due with the following year's taxes. For example, a person opting to remain uninsured for 2014 will need to pay up when filing the tax return for this year (which is due by April 15, 2015.)

3. Shop for a private plan off the exchange
The federal and state health insurance exchanges sell plans from private insurers. Uninsured individuals don't have to shop through the government-sponsored exchange to find a plan, though.

Independent marketplace eHealth allows users to search for and enroll in private insurance plans that often include some bigger names such as Aetna. Several of those big-name insurers have plans to set up their own health care exchanges as well.