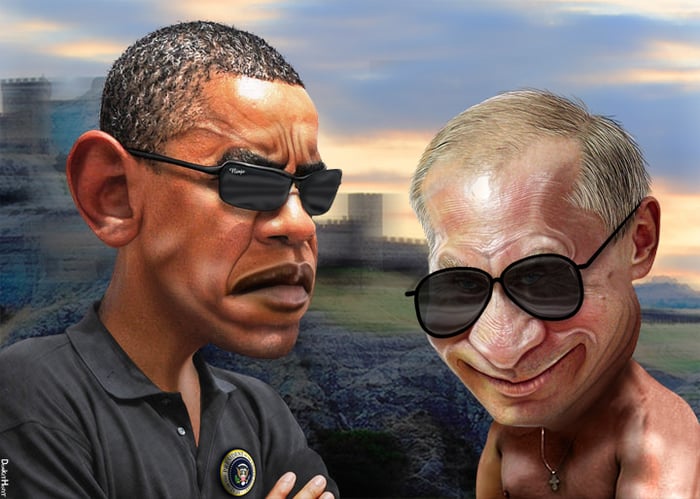 If we listen to the testimony of one of America's top oil executives, Continental Resources (NYSE:CLR) CEO Harold Hamm, the choice is clear. In just 19 words Mr. Hamm summed up the industry's latest case of exporting oil by saying, "[I]f we want to have an overnight impact on today's global events, we can immediately begin exporting crude oil."

There certainly is a case to be make for exports, both as a geopolitical tool as well as to keep American oil flowing. Our refineries simply can't handle all of the light sweet crude oil that we're pumping out of shale plays, which is why that oil isn't fetching as high a price as it would on the world market. Therefore, sending it overseas would be a boom to producers, landowners, investors, and the government. It could show Russia that we're ready to compete with it as an energy superpower.

The oil war heats up
That being said, I'm struggling to understand how this short-term thinking of boosting oil prices and showing Russia we're tough wouldn't be an epic long-term mistake for our country. Our oil boom has provided the fuel we've needed to keep our economy from falling back into recession. It has also helped to keep gas prices from spiking, which has acted like a tax break during a time when the taxes for most of us have been going higher. Now congress is seriously thinking about lifting the four-decade-old ban on oil exports in an effort to bolster our bargaining power overseas.

If we flooded the market with oil we would raise the price of our oil while at the same time lowering the global benchmark so that it could impact the budget of a country like Russia. Given that half of Russia's budget is fueled by the proceeds it receives from its oil industry, Russia needs oil prices above $110 per barrel in order to keep that money flowing into its coffers. Because of this there is a case to be made that we could put significant economic pressure on Russia by fighting it through commodity prices.

Opening Pandora's box?
The problem with that is that Russia could decide to fight back and things could get ugly. For example, Russia could convince OPEC to join it in really flooding the market with oil in an effort to put an end to higher-cost American production. OPEC, which is managing its production to keep global oil prices over $100 to meet the budget needs of its members, could see this as an opportunity to weaken its new rival. While that would certainly hurt both in the short term, the longer-term impact on American production could be far greater.

Shale plays like the Bakken, where Continental is king, Permian Basin, and Eagle Ford need oil above $75 per barrel in most cases to remain economical for smaller players. While Hamm's goal is to get the price of oil higher in the U.S, the unintended consequence of using oil as a tool to weaken Russia could backfire and cause prices to plunge. This could weaken American oil producers and flush a lot of the higher-cost producers out of the market. The trickle down effect would hurt everyone involved.

Final thoughts
I don't think we should be as hasty as Harold Hamm would like us to be and simply start exporting oil in order to put pressure on Russia. There could very well be a scenario where oil exports make sense, but to start loading oil on tankers and sending it overseas to show Russia we're No. 1 doesn't seem like a good idea to me. Instead, we need a well thought out energy policy that works together with our national security policy and our domestic and economic policies so that the best interests of more than just a handful of Americans will be served.