Guocheng Pan, the CEO of China Hanking Mining, recently told a conference that China would have to continue increasing its iron ore imports because Chinese mine production is falling. That spells continued opportunity for global giants like BHP Billiton (NYSE:BHP), Rio Tinto (NYSE:RIO), and Vale (NYSE:VALE).

Lower quality
According to Pan, China's problem isn't mining, it's the quality of what it's mines are producing. "It is striking that while crude ore increases sharply, iron ore concentrate continues to drop. Chinese miners have invested heavily but unfortunately this has not brought greater iron ore concentrate volumes, mainly because of the decrease in ore quality."

Don't listen to the man behind the curtain
These statements from an industry insider fly in the face of the Chinese government's call to increase its reliance on Chinese sourced iron ore. While Chinese pronouncements get plenty of news coverage, at the end of the day you might be better off listening to Pan—he's living and breathing Chinese mining every day.

Some of the biggest beneficiaries of continued strong demand from China will be Rio Tinto, BHP Billiton, and Vale. Rio and BHP both have mining operations in Australia. That puts them just a short boat ride from China and its steel heavy industrialization plans. Rio Tinto, for example, expects iron ore demand to increase 4% next year and highlights the country's increasing urbanization as a solid long-term demand driver.

What's notable about both Rio Tinto and BHP Billiton is that iron ore accounts for a big piece of their respective businesses. At Rio, iron ore made up nearly half of revenues last year and over 85% of the earnings of the company's mining operations. For the first half of BHP's fiscal year (year ends in June), iron ore accounted for about a third of revenue and half of operating profits.

Although the price of iron ore is likely to have a bigger impact on the top and bottom line than volume, increasing demand and decreasing supply of iron ore in China will, in the end, help keep prices firm. In fact, Vale points to steel use per GDP as a rallying cry for Asian demand. China's steel demand per GDP, for example, is around half that of South Korea.

This is why Vale has been working to improve its logistics, since much of what it mines comes from South America. That's a much longer boat ride, putting Vale at a disadvantage to BHP and Rio. However, it also has a 25% interest in Zhuhai YPM Pellet in China. If Pan's assessment of the state of China's iron ore mining is correct, however, that could turn out to be a bad call for Vale. Keep an eye on this joint venture, just in case. 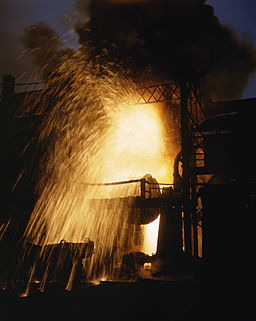 Brighter days ahead
The iron ore market isn't as strong as it once was, at least with regard to pricing. However, demand out of Asia, and notably China, continues to grow. Although the Chinese government would love to produce more iron ore locally, China Hanking Mining CEO Pan doesn't see it happening. And the numbers back up his assessment—no matter how much money the country tries to throw at the problem. Indeed, the trends in iron ore look like they will put Rio, BHP, and Vale in a good position to prosper over the long term.

China has plenty to worry about outside of iron ore supply