There are few new grocery-anchored shopping malls being built today, and the construction horizon seems just as bleak. Is the community shopping center a dying relic of an older time, or is this a unique opportunity still lingering after the harsh impact of the deep 2007-2009 recession?

Carroll doesn't see this situation changing for five to 10 years. Why? It's hard to build a new property. You have to find a location, find anchor tenants, get the project approved, and obtain financing. Then you can start construction. That process can take up to three years.

Is everyone going to the mall?
The interesting thing here is that companies such as Simon Property Group (NYSE:SPG), which is the largest mall owner in the country, have seen their shares run up massively. Simon and its compatriots own indoor malls -- the fancy, rich cousin of the local grocery-anchored strip mall. And while some of Simon's run is related to its growth-focused acquisitions of Mills (2007) and Prime Outlets (2009) during the downturn, a lot has to do with the increasing importance that malls play in the domestic consumer culture. 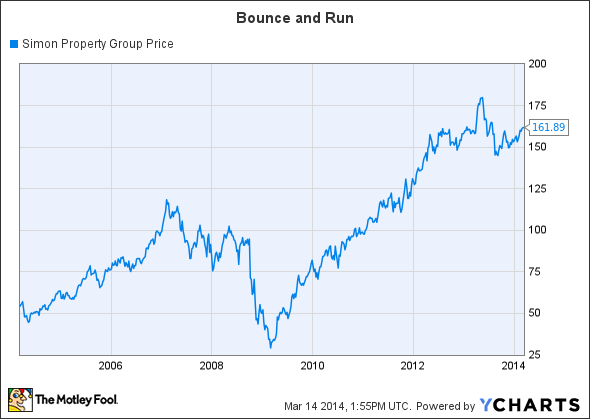 Going to a Simon mall is exciting! No one gets excited about going to the grocery store. That's something you have to do every week. However, that frequency is exactly why Brixmor is so excited about its own business. It's also why Whitestone REIT (NYSE:WSR) is focused on buying and rejuvenating older strip malls, calling its centers "community centered properties" (it actually trademarked that term).

Whitestone's specialty is buying in areas where its main competition is the mom-and-pop business. That gives the real estate investment trust a competitive edge since it has institutional financing and a large management team; plus, with roughly 60 properties mostly in Arizona and Texas, it remains small enough to really understand what it's buying. That's real boots on the ground.

The big guy
At the other end of the spectrum is Brixmor, which was recently brought public by Blackstone (NYSE:BX). Comparably, Brixmor is a giant with over 500 properties across the country. However, according to CEO Carroll, the company takes a hands-on approach, believing that its business starts at the property level. He likens investing in Brixmor to being "one step removed from owning the properties."

More important, Brixmor doesn't need industry expansion to grow its top line. When Blackstone bought the company it was highly leveraged and saddled with below-market leases. Blackstone worked quickly to deleverage Brixmor, which included shedding about a third of its property portfolio. Now that Blackstone has brought the company public again, it's (relatively speaking) lean and mean. 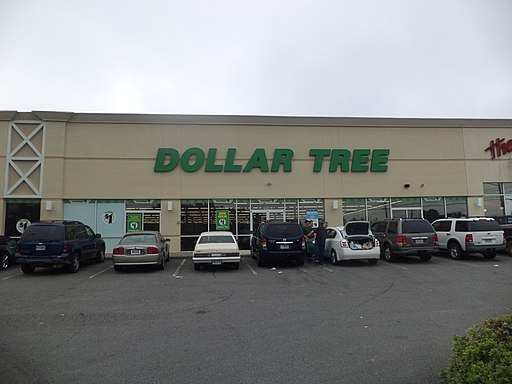 The properties Brixmor sold also happened to be its least desirable lots. It is left with well-situated properties where growing retailers such as Dollar Tree (NASDAQ:DLTR) and Ulta (NASDAQ:ULTA) want to open up shop. Dollar Tree signed 19 leases with Brixmor in 2013, bringing its total to 129 with the REIT. This shows the benefit of size, since an expanding company like Dollar Tree can sit down with Brixmor and discuss new locations across the country.

You gotta eat
As long as you have to eat, the grocery-anchored malls that Brixmor and Whitestone own will be strong traffic draws. With little new construction, their portfolios are increasingly valuable. Whitestone buys fixer-uppers and Brixmor is coming back from a difficult patch with a strong portfolio and internal growth prospects. The pair shows there's still plenty of life in the local strip mall, making the subsector well worth a deep dive.