Microsoft (NASDAQ:MSFT) recently launched its flagship Office productivity suite on Apple's (NASDAQ:AAPL) iPad, and removed the paid subscription requirement for the iPhone and Google (NASDAQ:GOOGL) Android versions. With that sweeping move, Microsoft CEO Satya Nadella has made it clear that he doesn't plan to follow Steve Ballmer's footsteps by milking Office, the company's cash cow, until it tips over and runs dry.

Unfortunately, this new strategy might come too late for Microsoft Office, which was once an indispensable piece of software of students and businesses in the 1990s.

Different times call for different ideas
Since then, the market for productivity software has shifted in favor of cloud-based and open source alternatives. Sun Microsystems' (now part of Oracle (NYSE:ORCL)) open-source office suite, OpenOffice, gained popularity as a free alternative to Microsoft Office after it launched in 2000. OpenOffice eventually evolved into LibreOffice, which was launched in 2011.

Yet the biggest threat to Office comes from Microsoft itself -- 28% of businesses are still using Office 2003 or earlier, according to a Forrester survey of 155 clients last year. It's similar to the recent outcry over Microsoft's discontinuation of Windows XP support -- many customers simply believe that Office 2003 and earlier versions are "good enough." 85% of those surveyed were still using Office 2010 (there was an overlap of Office 2003 and 2010 being used simultaneously).

14% had upgraded to Office 365, Microsoft's subscription-based online office and "software plus services" platform. Office 365 was intended to be an all-in-one solution to the need for regular software upgrades, but it also confused many users by offering 10 different subscription plans. 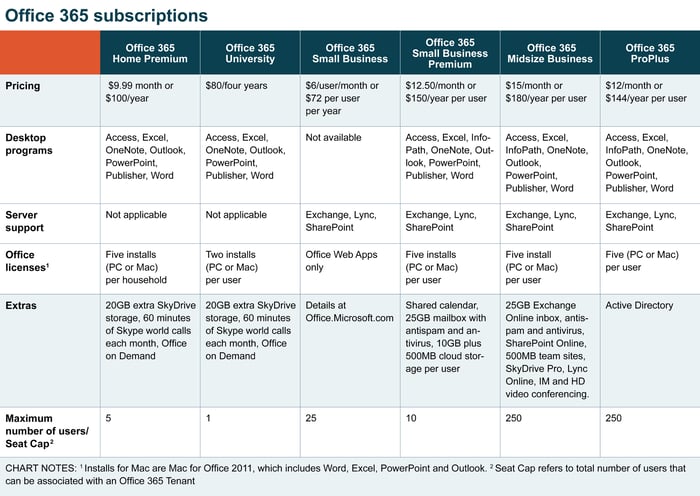 Meanwhile, OpenOffice and LibreOffice held a combined market share of 5% and Google Docs controlled 13%. Microsoft still controls the lion's share of the productivity market, but the problem is that newer products such as Office 2013 and Office 365 aren't gaining much momentum, and a move to iOS and Android represents a desperate bid to keep its market growth from peaking.

Will Office matter on mobile platforms?
However, only 16% of respondents in Forrester's survey believed that Office apps for iOS or Android devices were significant.

Despite that supposed indifference, the free version of Office for iPad -- which allows users to view but not edit or create files -- recently soared to the top of Apple's free app chart, with the Word, Excel, and Powerpoint apps claiming the top three spots. But lots of downloads won't necessarily generate revenue -- to edit and create files, users need to pay $100 per year for an Office 365 subscription to use Office on five PCs and five mobile devices. A cheaper version, which works on one PC and one tablet, will soon be available for $79 per year.

That's not a particularly compelling package compared to Google Drive, which offers 100GB of storage for free, or iWork, which is now offered free to all iOS devices purchased after September 2013 and all OS X computers purchased after October 2013. Even if Microsoft convinces free users to subscribe, 30% of each sale goes to Apple. 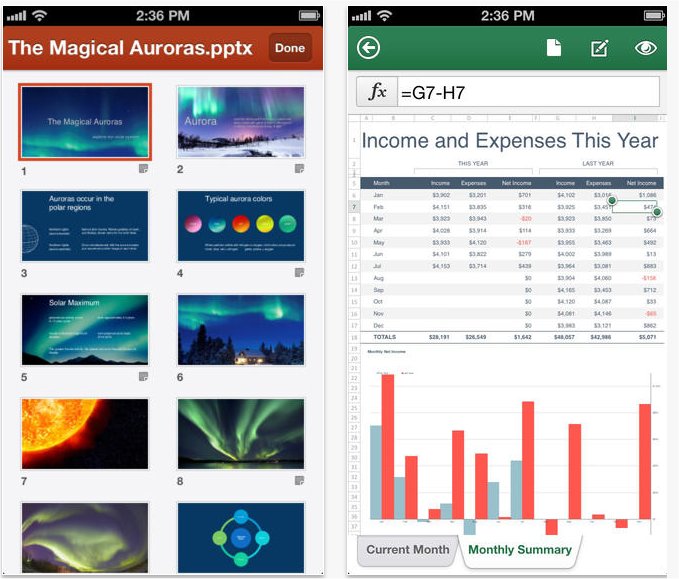 The iPhone and Android versions of Office previously required Office 365 subscriptions for editing and creation, and now they don't. That's not a big problem for iPhones, since the difficult of creating and editing documents on a smaller screen could actually boost downloads of the iPad-optimized version.

On the other hand, Android devices include larger-screen devices, like tablets, phablets, and hybrid laptops. Consider this -- Microsoft has now handed out Office for free to all Android devices, which account for 62% of tablets worldwide. Although the Android version is not optimized for tablets like the iPad version, it will now be nearly impossible to follow that up with a paid, tablet-optimized version of Office for Android devices.

Too little, too late
Microsoft's new Office strategy might have generated a lot of hype, but I'm not convinced that it can convince free users to subscribe to Office 365. In the end, I suspect that Microsoft might need to add editing and document creation features to its free version to maintain its initial momentum.

Meanwhile, the market for productivity software, just like operating systems, has been disrupted by free alternatives like LibreOffice and Google Drive. Microsoft Office continues to be the company's largest source of revenue for its Business segment, which accounted for 32% of its top line in fiscal 2013 -- but it's one that is largely dependent on the loyalty of the enterprise segment. That's the same segment that former handset heavyweight BlackBerry wrongly believed could save its business against Apple and Google.

To be fair, however, rolling out Office for the iPad, iPhone, and Android devices has more advantages than disadvantages. Unfortunately, I don't think the strategy can help Microsoft tilt the market back in its favor and turn the tide against free cloud-based alternatives.