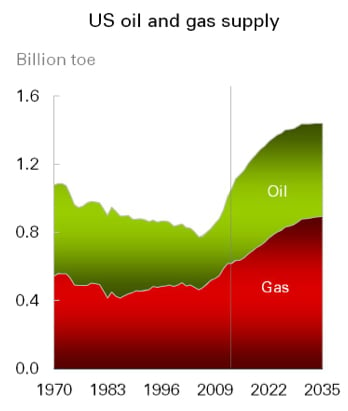 The energy boom in the United States has some in Congress calling for repeal of a 1970's era ban on crude oil exports. The prohibition has for 41 years helped oil refiners to the detriment of producers. Now producers, having spun off their oil refinery businesses, want Congress to repeal the ban, but there is a political problem that could keep the ban in place.

The oil boom in America
In 2013, U.S. based oil production accounted for a whopping 10% of global crude oil production, however, very, very little of that increased production was ever seen in its crude state outside the United States.

In response to the 1973 Arab Oil Embargo, Congress banned the export of crude oil produced in the United States. From time to time there have been exceptions, but for the most part the ban has been a strict prohibition on the export of crude oil. For the producers this has meant selling their crude oil production domestically for less than it would be worth on the world market. Of course, independent refiners have for decades enjoyed making money on the price spread between the price of U.S. crude oil and the much higher market price in the U.S. and abroad for their refined products. With the oil boom in full swing, the major oil producers are now pushing Congress for repeal, but there is a political problem.

The likely political problem in the Senate
Senator Lisa Murkowski (R-AK) has become the lead proponent for repeal of the ban on crude oil exports. She is the ranking member on the Senate Energy & Natural Resources Committee, and her committee staff has been busy the last several months writing reams of white papers arguing for repeal -- and she is not alone.

Lift the ban for consumers?
Chairman and CEO of Continental Resources (NYSE:CLR) Harold Hamm said in his testimony before the Senate energy committee in late January 2014, the prohibition on crude oil exports comes at a significant price to the motoring public.

"...no matter how well-meaning the laws may be when introduced, market distortions and unintended consequences inevitably result; supply and competition among producers is rendered short of potential, and the consumer ends up paying higher prices at the gas pump."

At the same Senate hearing, Daniel J. Weiss, director of climate change at the Center for American Progress, said pretty much the exact opposite.

"...following the 1996 removal of a ban on Alaska oil exports. ... A Congressional Research Service analysis found that lifting the oil ban exacerbated the existing price differential between West Coast and national gasoline."

The Congressional Research Service analysis referenced by Weiss in his Senate testimony described West Coast gasoline prices as 5 cents per gallon above the national average in 1995, 15 cents in 1999, and 7 cents in 2000 after Alaska crude oil exports had ended.

But that doesn't mean anything, say the producers
Producer drilled the easy oil decades ago. The current energy boom is a product of new applications of hydraulic fracturing, or fracking. This has allowed them to bring to market the so called "tight oil" trapped deep between rocks, but most of this oil production is light sweet crude, which historically hasn't been in much demand in the U.S. for reasons Hamm explained.

"...under expectations of a far different domestic production outlook only a decade ago, the U.S. refining industry invested many tens of billions of dollars to retool refineries to process heavy, high-sulfur bitumen and tar sands from South America, Canada and Saudi Arabia."

But the refiners tell a different story
Valero Energy (NYSE:VLO) executives say the company in 2014 will invest $400 in capital projects to expand light sweet crude oil refining capacity. Even more fascinating is this capital budget is a whopping four times what Valero spent on similar projects in 2013. 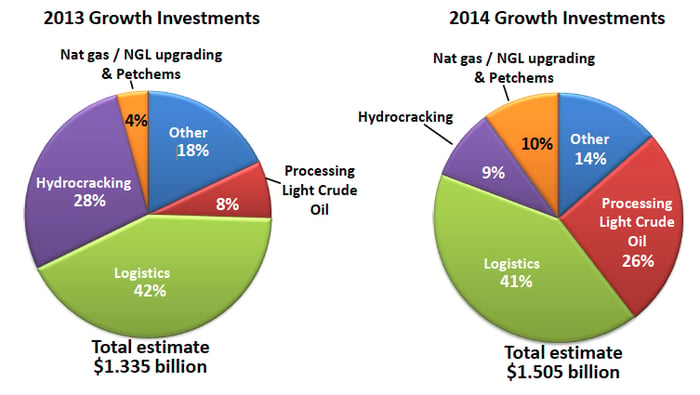 And the refiners hope all stays as is
Major oil refiners such as Marathon Petroleum (NYSE:MPC), Valero Energy, and Phillips 66 (NYSE:PSX) have made oodles of money arbitraging the price spread between U.S. and world market crude oil prices. 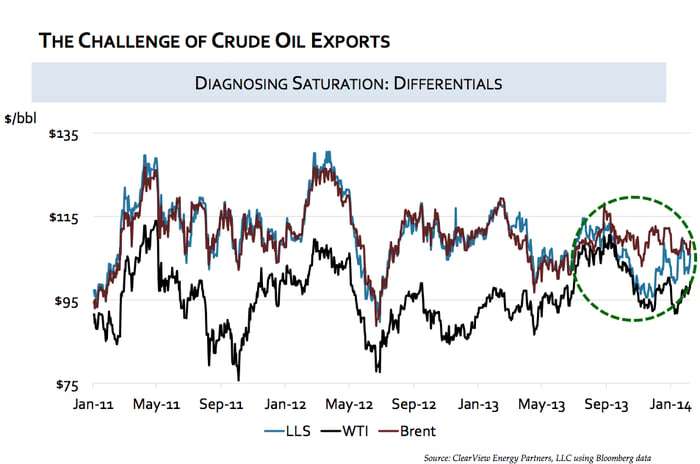 The U.S. discount is so good even an airline has started refining oil
The largest non-military user of jet fuel in the world is Delta Air Lines (NYSE:DAL), according to Graeme Burnett, the company's senior vice president. He explained for the Senate energy committee how Delta's purchase of an old refinery ConocoPhillips had given up on had saved the airline millions of dollars in fuel.

"And today, the going price for a barrel of U.S. crude is $96. That's about $11 less than a barrel sold in Europe," said Burnett who included the chart below with his Senate testimony. 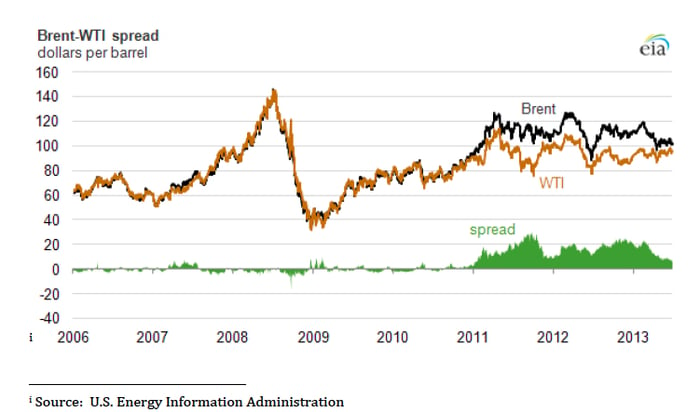 Delta Air Lines' choice of the above chart is perfect. By going back all the way to 2006, it obfuscates the effect of the American energy boom. This is exactly what refiners hope to do in their effort to persuade members of Congress to keep the ban on exports. 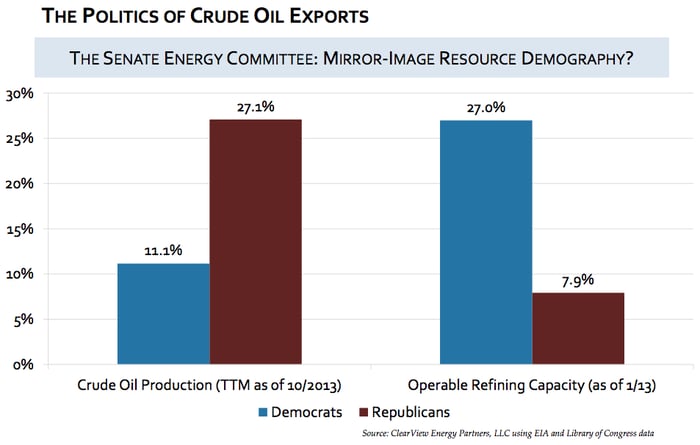 The whole thing is sort of amusing
Over the last two years, Conocophillips and Marathon Oil spun off to shareholders their oil refining business, and yet they are now pushing on Capitol Hill to make those same businesses less profitable. If they felt so strongly about this issue, why didn't they just keep their refinery businesses? Well of course, the answer is they didn't think it was going to be that way, but as the American energy boom has become bigger and bigger, they are rethinking their decision and trying to get the laws changed.