Please ensure Javascript is enabled for purposes of website accessibility
Log In Help Join The Motley Fool
Free Article Join Over 1 Million Premium Members And Get More In-Depth Stock Guidance and Research
By Philip Saglimbeni - Apr 3, 2014 at 8:00AM

With shares of lululemon soaring after the company's latest earnings release, investors now need to know whether management's turnaround plan is viable. 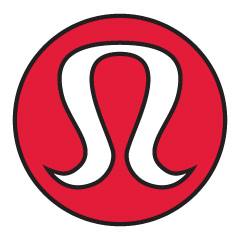 In what is surely a sight for sore eyes for many investors, shares of yoga apparel maker lululemon athletica (LULU -1.75%) soared higher on the day the company announced its fourth quarter and full-year earnings results for fiscal 2013. After a very painful 2013, in which shares declined approximately 20%, the company's new management team appears to have heard the market's message and embarked on a turnaround.

As is often the case, a company with a strong brand like Lululemon will have trouble staying down for long. On the heels of a solid earnings release, it appears that Lululemon may finally be worth considering for long-term growth once again. When compared to peers like Nike (NKE -5.60%) and Under Armour (UAA -0.75%), Lululemon remains a relatively cheap way to play the retail apparel segment.

Although Lululemon's fourth quarter and full-year results are not at all impressive for what was once considered a high-growth company, the brand did still manage to grow in 2013 despite a series of troublesome events, including a massive product recall and numerous managerial missteps. This indicates that Lululemon's brand is still strong among consumers.

The turnaround
The company's latest earnings release also marks a change in leadership at Lululemon. Newly instated Chief Executive Officer Laurent Potdevin explained how he plans to make the company better: "As we move into 2014, we are reflecting on our learnings with humility, and are entirely focused on our future. 2014 is an investment year with an emphasis on strengthening our foundation, reigniting our product engine, and accelerating sustainable and controlled global expansion."

Some of the company's new investments are already in the marketplace. The company's Ivivva line for young women has already been successful and means the company should attract youth to its stores for years to come.

Additionally, Lululemon's new &go line was designed to bridge the gap between the gym and social atmospheres like the workplace and bars. With these versatile products, Lululemon is trying to eliminate the need for consumers to change out of gym clothes after working out.

Although early customer reaction seems positive, as the line quickly sold out online, the real motivation behind a more versatile line for Lululemon is most likely brand expansion. Just like Under Armour managed to go from a male-centric brand that mainly targeted athletes, management over the years has diversified the company's consumer base by adding new product segments. Now, it is not at all uncommon to see Under Armour clothes worn in everyday settings by casual folks.

The same goes for Nike and its athletic footwear market. Yes, the sneaker giant continues to innovate the industry with flagship products like Magista, but over the years Nike has become much more. It is now a footwear company that offers a wide range of products, including many designed for consumers in their everyday lives.

In the way Under Armour and Nike have expanded their brands over the years, management at Lululemon looks set to follow suit. The move makes a great deal of sense considering Lululemon's main problem is that the brand still relies too heavily on its signature yoga products.

With Nike's forward P/E being 21.76, this suggests Lululemon is fairly valued as it is growing revenue faster than Nike's expected 9.4%, but its EPS is slower than Nike's 13.8%.

Bottom line
While Lululemon is still in the early stages of a turnaround, there is now confirmation from the new management team that a brand problem has been identified and is being corrected. For patient investors seeking long-term growth, Lululemon's relatively cheap valuation, compared to peers, seems enticing.